Fallujah are a technical death metal quartet from San Francisco, they have a new album to promote called Undying Light.

The fellow at the centre of the band is Scott Carstairs and he plays the epic guitars that can heard across the band’s material.

After an exchange that mentioned the career of successful heavy metal outfits that have their share of detractors, Carstairs said that he was aware that fans wanted a certain sound from bands and that Fallujah is no different.

“When you’re a band that’s kind of known for experimenting and pushing the sound to the next level people are always asking ‘What’s the next album going to sound like?’,” said Carstairs.

“So, it’s constantly, you know, motivation to step up the sound and take it on a journey to the next step.”

It was put to Carstairs that Fallujah can paint pictures with music that few in the extreme metal genre can match, especially so given the vast and epic soundscapes that feature across the album Undying Light.

Carstairs said the band drew inspiration from illustrative works and that they focused on creating songs that painted a picture.

“That’s definitely the kind of motivation we have when we’re writing songs is like everything is kind of playing off of each other, whether it’s the progressions we pick and what those progressions make us feel so we put a message to that through the lyrics,” said Carstairs

“Then we kind of paint the picture through metaphor if we are telling something through the metaphor of like the ocean and light through water, we try to think of tones on our guitars and parts that are like the soundtrack to that.” 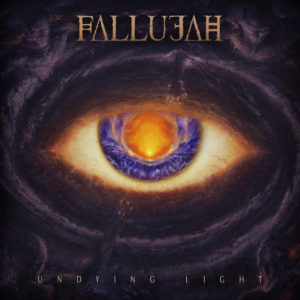