The band’s debut release on the label, ‘In Time’ is epic, emotive and heartfelt, and will both punch you in the gut and caress your heart, all at the same time. Moving and thought provoking, the anthemic song will have fans around the world crying, reminiscing and singing their hearts out.

Recorded and produced by Hamish Dickinson at Phoenix Sounds, Hamish captured the emotion and power of the song, which will take you on a journey to a time not that long ago, yet, at the moment, seems another world away.

ABOUT THE CROOKS:
THE CROOKS might just be the band to steal more than your attention they might just steal your soul, a case of grand larceny at its finest.

THE CROOKS a 5-Piece Indie rock band hailing from Chesterfield, England previously best known for the famous crooked spire of the Church of St Mary and All Saints but that has changed THE CROOKS have replaced the Crooked (from the Crooked spire) as the most admired attraction in Chesterfield.

Jacko, Chris Stones, Duncan Couch, Conor Fletcher and Jonathan Keeler are THE CROOKS and collectively they deliver a villainously huge melodic, anthemic wall of sound that will soon become embedded in your heart and etched in your mind forever.

Drawing influence from DMA’s, The Brian Jonestown Massacre, Verve and co. topped off with a nicely adopted punk tinge, they’re a brand-new band with a fresh outlook on the classic timeless melody driven rock sound for 2020.

2019 saw the band release a plethora of singles, most recently an edgy rock anthem called Silhouette Sunshine. Silhouette Sunshine was the follow up single to the expressive and balladesque She Walks Alone which was released in January 2020 and shows a different side to the band. Over 26,000 plus streams in the first week on Spotify alone is an amazing achievement for a band that was only 9 months old. The track was also picked as ‘This Feeling Track Of The Week’ and played by RadioX (UK) DJ Gordon Smart.

THE CROOKS are currently averaging over 42,500 streams per week on Spotify alone and the bands social media has hit record numbers with most videos hitting well over 30,000 views and currently hitting over 200,000 views.

2019 saw THE CROOKS sell out shows in England and Scotland and took the industry by the scruff of the neck and they are not letting go in 2020.

THE CROOKS have received airplay around the globe and on national radio stations including RadioX, BBC Introducing and several stations in the U.S.A, South America and all over Europe. After a heathy 2019, 2020 looks to be the breakthrough year for the band as their fanbase continues to snowball. 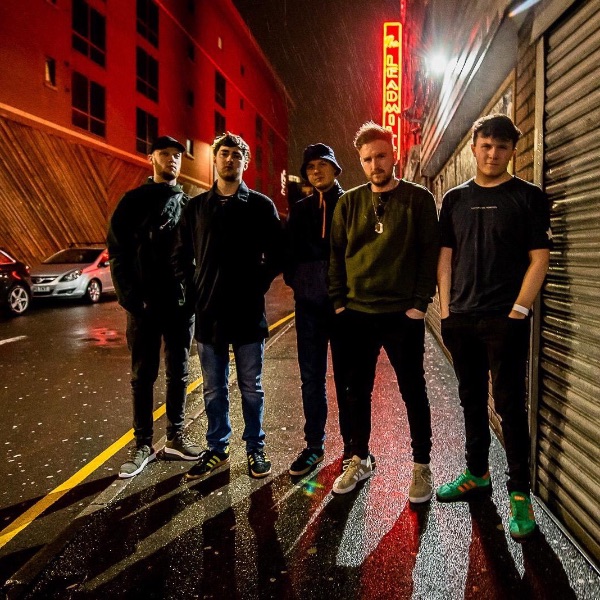