Tonight’s line up featured the headliners and a cast of many from Australia’s blackened doom cohort. I didn’t catch Empress, although if their set resembled what I witnessed at UMACFEST in Sydney’s Crowbar earlier in the year, they certainly must have impressed. The same applies to Hope Drone. I’ll always remember frontman Chris Rowden’s commanding presence at UMACFEST so I can understand why Soundworks picked the band for tonight’s show.

KING is the band tasked with the penultimate performance of the evening. Any band featuring David Haley, who is Australia’s answer to Pete ‘The Feet’ Sandoval (Morbid Angel, Terrorizer), will offer something of value to the metal masses. Sound engineer Ean Redman pulled a stellar sound for the band, whose music resembles an old school mid-paced Immortal (think “Blashyrkh” from Battles In The North– ’95).

The crowd jostled and made their way to the stage as an intro track filtered through the venue. Lights beamed gold through the mist of the dry ice as Wolves in the Throne Room plucked their way through the chords of the introductory song. It was glorious to finally see them on stage! I’d best let you know now that this is one of those gigs where I didn’t bother keeping track of the songs performed. As a reviewer, it is best to sit back and try to take it all in. But I’d been waiting a decade to see the band live, so I’ll do my best to convey my impression of the group from where I eventually settled, which was near to the centre of the pit!

The dual vocal of Nathan Weaver and Kody Keyworth is a surprise. Their blackened rasps sound remarkably similar. If you weren’t watching the stage, you’d think it was a single vocal source bouncing around the venue. The towering Keyworth and his silver Jackson King V menaced from stage left. An occasional guitar lead filtered through, which was very welcome, and I’d humbly suggest to the brothers Weaver that this be utilised further on future albums. The bassman contributed what was necessary, Wolves in the Throne Room‘s music isn’t precisely tailored for the bass to play an essential role. Still, the fellow on stage moved and grooved the four-string to the blackened Cascadian’s metal.

Nathan Weaver stood centre stage, a seriously gnarly Gibson Explorer guitar the axe of choice to help him deliver an almighty thunderclap of tremolo-picked chords. He’s a captivating performer. When he wasn’t singing, he was thrashing his mane of hair to some primal stage movements.  Aaron Weaver provided the beats that powered the performance. Sitting low in the chair, Weaver delivered a lesson in the dark art of blackened doom infused percussion. He missed an occasional beat, which added some character to the performance. No one should (or could) expect a touring musician to be on point for every beat and measure. Something the great Lindsay Buckingham knew when he stopped Fleetwood Mac’s performance of “Tusk” in front of thousands of fans at the Brisbane Entertainment Centre due to the band flubbing the intro.

The only serious point for improvement is for the band to ditch the backing tracks. They don’t need them. The chemistry in this line-up overcomes any loss of atmosphere the transition of the songs from recording to the stage might endure. It’s a minor quibble. But it was the only point I could thoughtfully offer what might have improved an impressive performance by a band who are the vanguard of the new wave of American black metal. 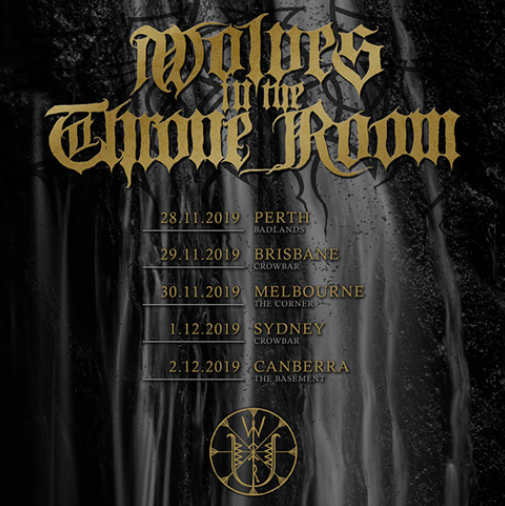 Wolves in the Throne Room

REVIEW: Too Extreme! Non-metal fans react to a live performance from Morbid Angel.

What happens when we ask non metal fans to react to Morbid Angel? The song …