This is an interview with Cliff Evans one of the guitarists of the band TANK who are an undeniably powerful force of / in what is known as the ‘New Wave of British heavy metal.’

The band is performing in Australia this month!

JM: Tell us what’s been going on man, you’re coming over to Australia!

CE: Yeah, keen to get down there and play our music finally.

JM: There’s lots of people here waiting to hear your take on what is described as the ‘new wave of British heavy metal’.

CE: There sure is. We will be performing a 45 minute set. We’ll play songs, mainly our classics from the first 4 albums, the songs that hit you right in between the eyes in a full on metal set.

JM: How many songs can you squeeze into a 45 minute set?

CE: About 8 songs, that’s with no messing around and just getting the job done.

JM: Tell us a bit about your live show:

CE: Well, unfortunately there will be no stage props. Seeing as we’re coming over from the other side of the world. We will play just the way we do apart from that… guitar wise with 2 Les Paul guitars plugged into a couple of Marshall amps, and our drummer who is full on bashing away, he used to be in the band Sodom. So he’s a real powerhouse monster!

JM: You’ve been working with these same guys for quite some time right?

CE: We’ve been together as a band for 35 years now, our current bass player and singer have been with us for a couple of years now.

JM: I wanted to ask you a bit more about what guitars and equipment you will be using specifically, tell us…

CE: Equipment wise we’ve always been the same. 2 Gibson Les Pauls plugged into Marshall amps. We have a couple of pedals here and there, just in case we don’t get the right amp supplied at shows. The handy pedals I keep up my sleeve are a full time overdrive and a delay pedal, that way there is never any messing around, it’s just to get our required sound at any given time in any circumstance. There’s a booster pedal as well, for when I have to bring things up a notch.

JM: Is your Gibson Les Paul a custom model or pretty standard?

CE: Well it’s been my road guitar for a few years now, they made 300 of them, it’s a bit of a mish / mash of a custom and a standard to ber honest, I also use a white custom Les Paul. We guitarists in TANK have quite a collection between us.

JM: Of Les Pauls in particular?

CE: Well, in general, but in regards to those… I have a really tasty one, a ’91 cherry red one that I used to use and tour with all the time. But I don’t like to take it on the road anymore flying on these budget airlines and whatnot…

JM: Have you been to Australia yourself before?

CE: No. This is my first time. So it makes it more special.

JM: Are you going to tour the United States of America again soon?

CE: As soon as we get back from Australia we go to Japan and then South America, then Europe for some shows.

JM: What final messages do you have for your fans here in Australia?

CE: We’ve always had fans there, it’s great to finally be able to say that we are coming over and it’s a real privilege for us to have this opportunity to come over too. We’ll see everybody and have a few beers with you all after the show! 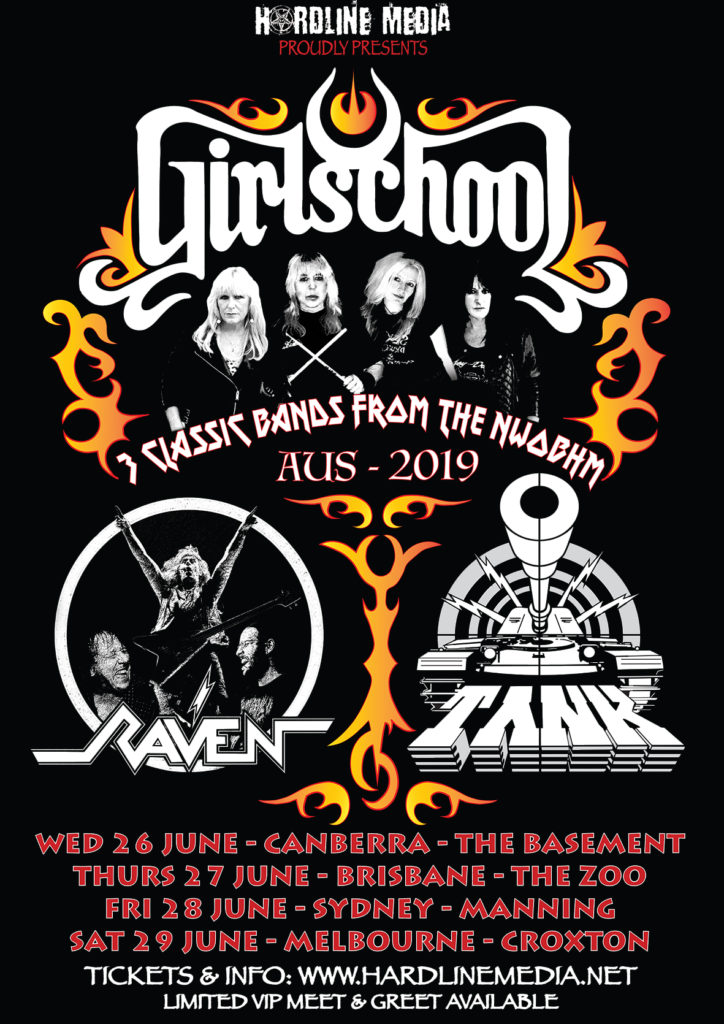