Kicking off their first-ever Australian tour tonight, the Nirvana (UK) Tribute Band are going to blow your mind; having performed all around the world over the last decade, it was only a matter of time before Australia got their turn!

It’s always a rare treat getting to speak to an artist before the upcoming tour and frontman Jon ‘Kurt’ O’Connor was kind enough to take some time out of his last-minute preparations to speak about the upcoming tour:

1) How excited are you and the rest of the band to make the trip out to Australia for the first time?

“We’re all super excited and we can’t wait; I think it’s been high on our list now for a long time, so get to finally do it is fantastic!”

1a) How long has it been on the bucket list for?

“I think for a good five or six years people have been sending me comments and messages, asking when we’re gonna do it; I had to keep saying we’re looking into it! It took finding the right people and with Silverback Touring, we found the right people!

2) What should fans expect themselves for at these upcoming shows?

“They can expect to experience all the energy that Nirvana delivered back in the 90s, plus we generally see some craziness at our shows. We like seeing people get a bit loose, losing themselves in the music and go a bit crazy; it’s all about having a bit of fun whilst we’re out there! As long as everybody looks after their fellow concert goer, we’re happy for them to go as wild as they want!

3) Are you going to be building the setlist around the more well-known songs off each Nirvana album, or focusing more on delivering the “lesser-known” stuff?

“I can definitely say that we’ve got some deep cuts and B-sides in there, things that people probably wouldn’t expect to hear. You know, a lot of stuff that Nirvana would have done earlier in their career and then stopped doing.”

4) What is your favourite song to get up and perform, and why?

“I really love to play Drain You live, simply because I feel it’s a privilege to play that song. Every time I hit the opening chords, I just think it was Kurt’s favourite song on stage and give a little nod to him.”

5) Here’s one for you personally; how do you feel knowing both Loudwire and original Nirvana drummer Aaron Burkhand have declared you “the closest to the real thing?”

“It’s amazing, as I grew up listening to this music! When you have someone who was in the band and on recordings you grew up listening to, when they say you’re getting somewhere close to the energy their friend was able to deliver, that’s an amazing thing and we’re very humbled by it.”!

6) What was the driving force back in the start to get out there and start a Nirvana cover band?

“I started putting up some videos online and some people in the United States saw those videos, contacted me and asked if I wanted to do this on a bigger stage. I thought it was worth taking the gamble, so a couple of months later I left Ireland and headed to Boston; believe it or not, that was in November 2009, so we recently celebrated the 10 year anniversary of actually doing this!”

7) You mentioned earlier there’s going to be chaotic energy, but Nirvana was also well known for their Unplugged set; are you going to be touching on the Unplugged side at all during these shows?

“For the most part, this tour is the full band experience, as we do Unplugged shows as well. Having said that there are Unplugged songs in the set-list, so you can expect to hear some of those; one or two of those might just be a slightly rocked up version.”

8) Any final words for fans before you hit our shores in a couple of weeks?

“We’re extremely excited and we’re looking forward to it. If you want to experience the energy that Nirvana delivered back in the 90s, come out and catch our show!”

YOU CAN GET YOUR TICKETS HERE IF YOU HAVEN’T ALREADY DONE SO! 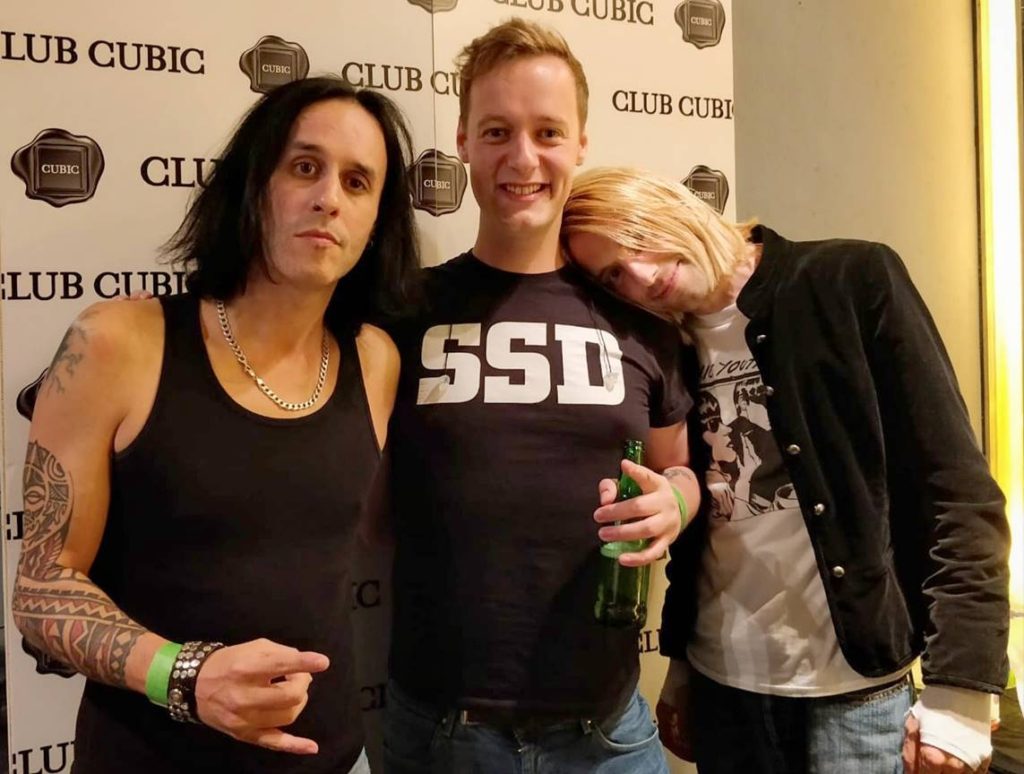