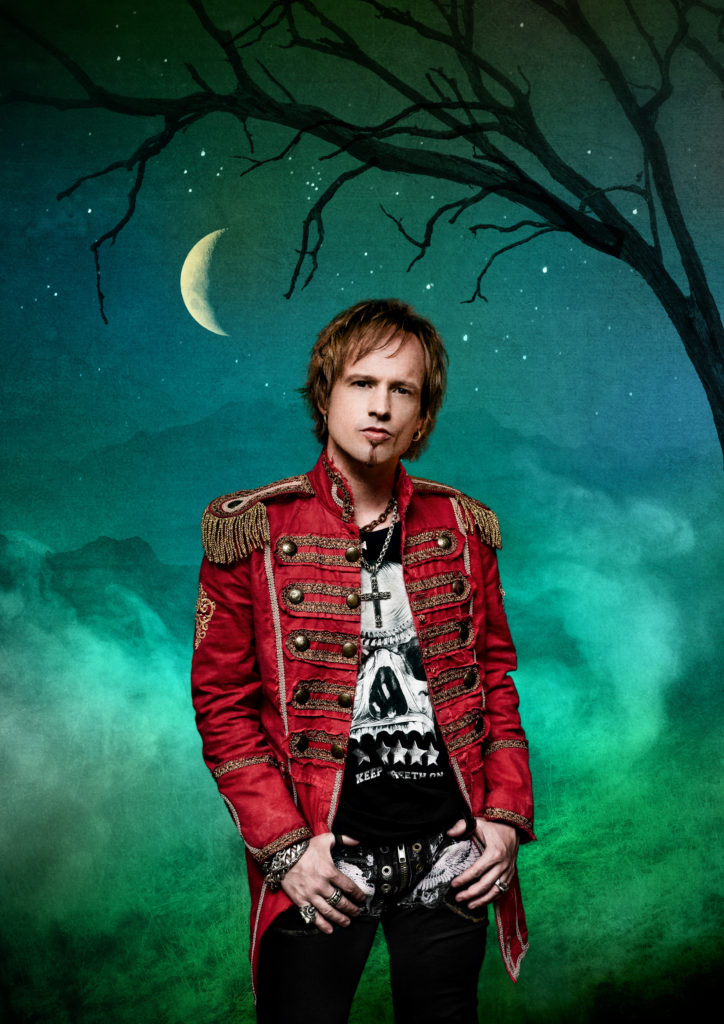 Avantasia started as a passion project for Edguy frontman Tobias Sammet sometime before the turn of the millennium. What started as a demo EP is now a tour de force of operatic metal with eight albums worth of studio material and many other official releases for fans to wrap their ears around.

The reason The A List sought a chat with Sammet was to find out all about Moonglow, the brand-new album for 2019 from the band.

Sammet is a choice interview subject. It wasn’t until half-way through the allocated time for the conversation that we managed to discuss the vagaries of the album. A well-travelled and intelligent fellow, the discussion initially covered native wildlife in Australia, our shared favoured Ozzy Osbourne guitarist in Jake E lee and a topic of significance, Edguy’s debut performances in Australia way back in 2002.

Recalling this episode in the bands career, during an interview on Triple J in 2002, Sammet was asked (or words to the effect…) if he was anticipating a favourable response to the shows in Australia given they were virtually unknown (remeber, this is in a time before the internet became the social influencer). Without a direct quote to share, the writer recalls that Sammet mentioned that ‘where there were people, there will be fans of heavy metal’. That the shows would go well and he and the rest of Edguy were looking forward to the tour. Recounting that story to Sammet, this is what he has to say in response.

“You know… it really says a lot about our attitude back then as well. But I think I was true… I was right. That’s the case and that’s the good thing about our scene. It’s a little bit like a secret society. We’ve never been really a, and we are speaking not on behalf of the band, but on behalf of the whole musical genre (heavy metal). It’s a culture that has never been really fashionable except from maybe from 1980 to 1988 or something, but apart from that it’s never been fashionable, and it’s never gone away. It’s like the mainstream, they don’t write about it. They don’t. Everybody thinks people write about us, in particular, in Germany and we are mainstream act here because we get a good response and we play arenas and everything… No!

We don’t happen on TV. We don’t happen on radio. Well a little bit sometimes… very, very, very rarely on TV but not in a big way. It’s really funny because we’re selling out arenas and I like this scene, it has always been there and it’s always been existing and it just seems like the public, they don’t want to know about it… then you have all these big stars in quotation marks, that have their hit’s on radio. I’m not talking about the international superstars, but in Germany we have some of those mainstream stars as well and they can’t even sell out a club, but they have a platinum record. And then I think, you know, maybe it’s great to be a heavy metal artist!”

That’s as good a summary on the heavy metal experience from an artist that would know!

With such a superb supporting cast, how did Sammet manage the schedule and allocate roles?

“I’ve taken a lot of time for this album and it was a long period over which the whole process was spread out. It wasn’t really a big deal in scheduling everything. I mean, it’s much worse scheduling a tour because you have to have them all available at the same time. And that’s why the Avantasia tour just gonna last for eight weeks… that’s what everybody asks, ‘Why are you just playing two shows in Australia?’ The thing is we are only playing one show in Sweden, one show in Russia, one show in Japan and one in Canada. You have to really have a time gap of eight weeks when everybody’s available because everybody’s got their own schedule. And an album, it’s a different story because after I came back from the Ghostlights (’16) tour, I made the decision that I will slow down a little bit.

I started working without knowing that I was working on (Moonglow) in late 2016 I believe. I thought, maybe I’m going to do a solo record or whatever. I just collected ideas, built my own studio and started work in my own studio and by early 2017, I believe more or less of it turned out okay, this is going to be an Avantasia record. And I didn’t have a deadline. I didn’t have a record contract, I didn’t have anything. Just the desire to live my dream and record my music the way I want it to be recorded and the way I want it to sound.”

Tuesday, May 14: The Forum, Melbourne 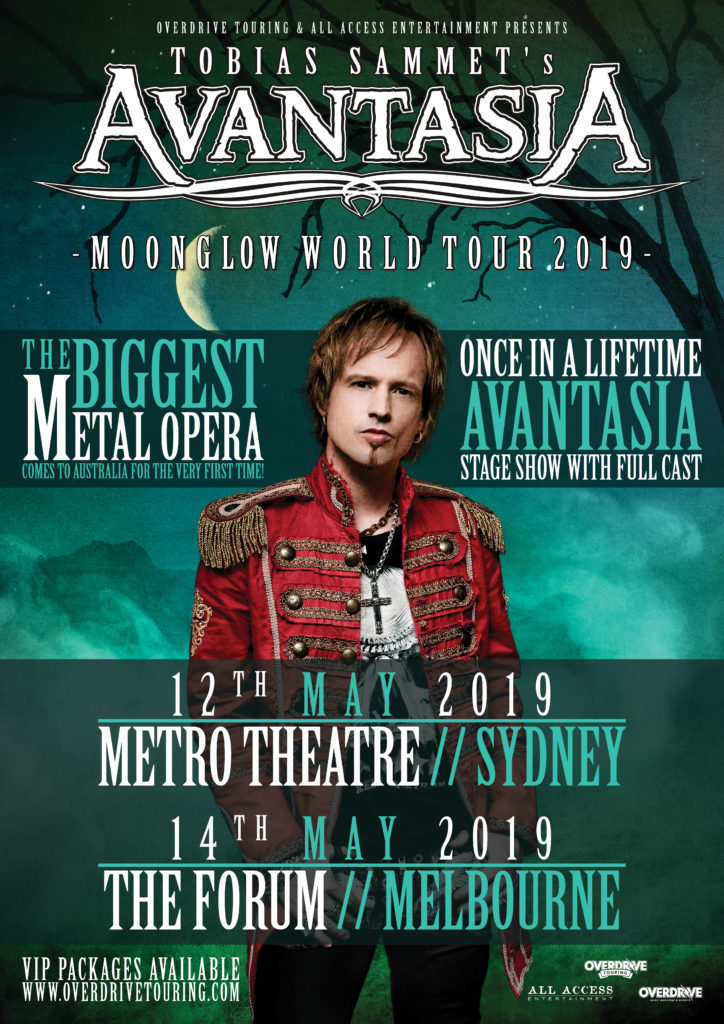 I was lucky enough to catch up with Australian Singer-Songwriter, Hanny J, ahead of her …

I had the chance to catch up with Rachel Rine, drummer of Los Angeles based …