Two stages, one small and on-ground level, the other much more prominent at the opposite end of the room and complete with the obligatory crowd barrier, greet the audience as you walk through the swinging doors to the band room. Crowbar’s Sydney counterpart to the Valleys longer-established venue of the same name is well set up to accommodate UMACfest, which started around midday on Saturday, July 13 and is headlined by the incomparable Thomas Ekelund, who is Trepaneringsritualen.

After a horrendous flight down from the Gold Coast that had my six-year-old daughter hurling liquid gold into two hopelessly flimsy Jetstar barf bags courtesy of the worst turbulence I’ve experienced in 40 years of flying, I was relieved to arrive at the venue in a single piece.

Getting there in time to see the third from last band to perform, Empress played to around 25 people gathered about the small performance area set up in the corner of the room. They did well. The singer howled like a cut banshee, and the string section hammered away at some killer slo-burning doom infused riffola. The bassists Rickenbacker needed a severe boost of volume, but that’s a minor piffle.

Hope Drone had the honour of hammering out some blackened-noise before the man most were here to see. Tight. That’s what came to mind, which is damn hard when your music is almost white noise stress level intense. Ultra-heavy on the reverb, the percussion provides a neat counterpoint to the sonic blanket the guitars produce. Chris Rowden’s an imposing frontman, looking like a Navy Seal that had stumbled into a Ministry gig, he delivers the goods via a screaming vocal onslaught. 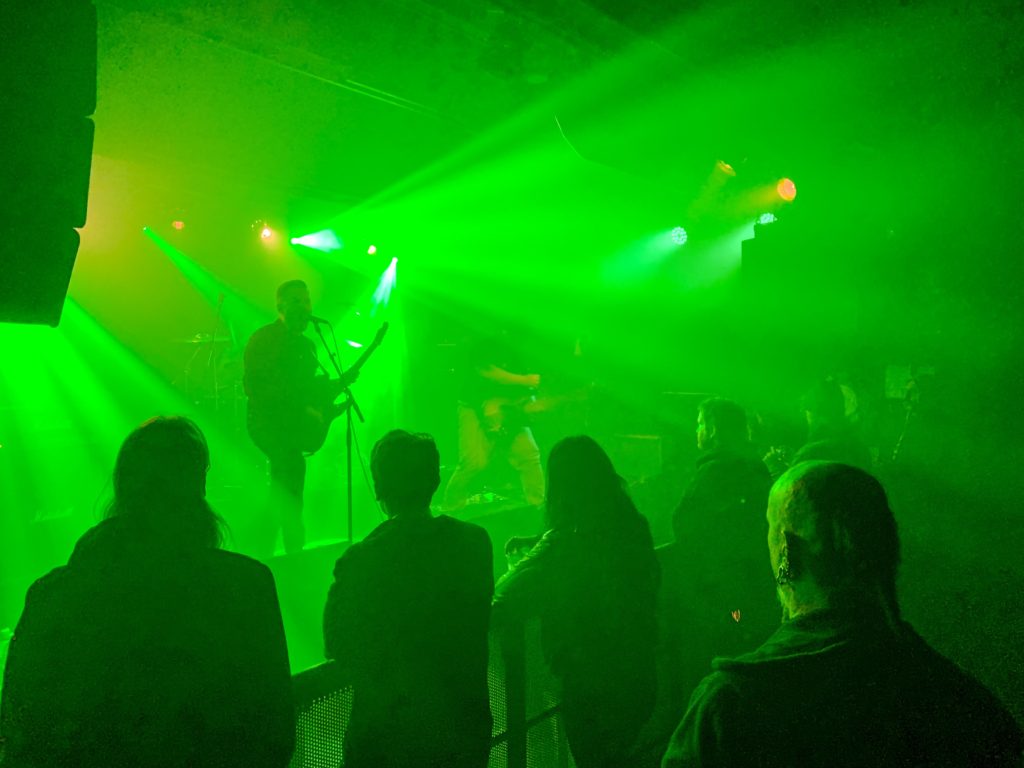 Once Hope Drone had finished, the lights went up and the man at the centre of the day’s performance took to the stage to set up for a much-anticipated ritual.

I’ve spoken to Thomas on two occasions for the Scars and Guitars podcast series, each time he’s impressed me by being down to earth, sincere, and is frankly, what we in Australia call a good bloke. His performance tonight, backed by the fellow who (I think) has been his long-time percussive collaborator, was a short, sharp jab to the crowds conscious.

Taking to the stage to a much larger attendance than had been present for Empress, head covered in an executioner’s style hood, Thomas started with a cut from Kainskult (’17). But the names of the ‘songs,’ if that’s what one could describe the sonic bursts of energy that is Trepaneringsritualen’s trade, hardly matter. The audience is treated to the equivalent of musical anti-matter, live! I stood centre stage, in front, to capture what Thomas beamed in the audience’s direction. The hood was eventually removed to reveal the man himself; lights radiated a moon glow onto the audience from behind him. Thomas is a silhouette menacing the stage for about 45 minutes of inverted bass drum beats, clickety-clack percussion (envision the drumsticks as bones of the long dead hammering away on the skulls of the voluntarily sacrificed), and that ominous, suffocating yowl. 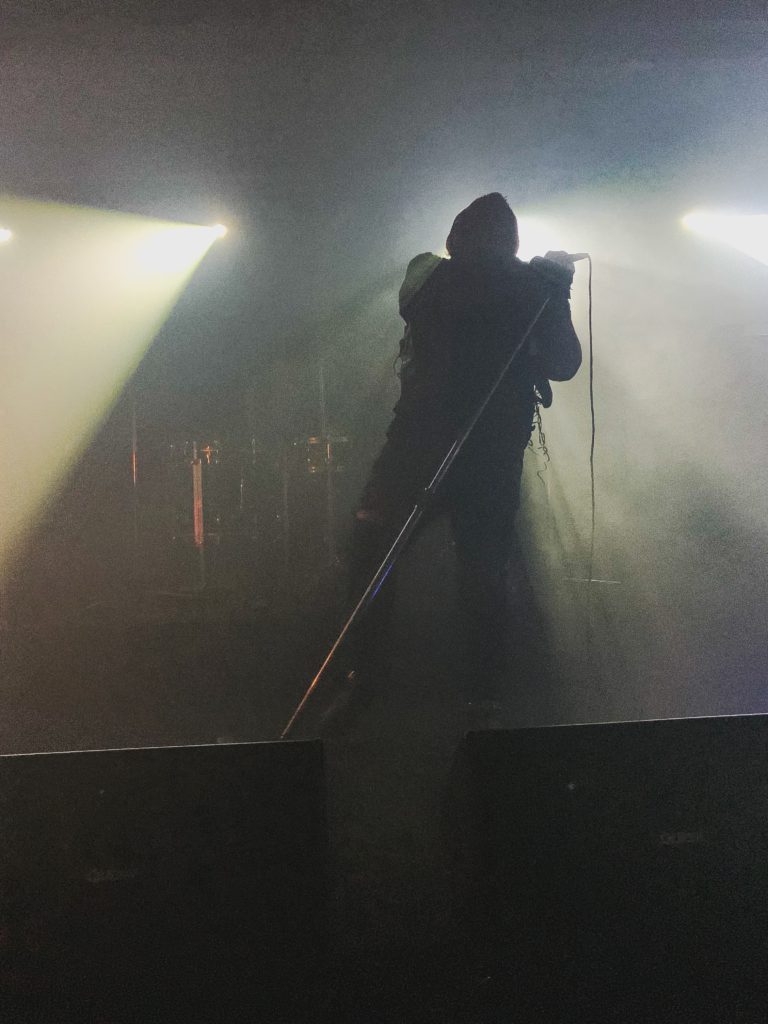 And the sounds stopped. Finished. Not since VHS or Beta’s criminally short set at The Zoo in 2008 had I wanted an artist to keep going.

The house lights went on. Beer in hand, I wandered over to the ledge nailed into the wall, parked my beer, and waited for no particular reason and checked the NRL scores.

I saw Thomas a few minutes later and called out to him. Spent. That’s how the poor bastard looked.

Covered in fake blood and wearing red contact lenses, he sounded fatigued and exhausted, but exactly how I recalled during our Skype calls. I thanked him for making the trip and patted him on the shoulder and said, “great show.” Because it was.

In the music industry, slogans such as ‘genuine,’ ‘unique’ and ‘transcendental,’ are thrown around like the toy a kid didn’t ask for from Santa. But Trepaneringsritualen is all of those things. Congratulations to Campbell at UMAC for having the chutzpah to organise the shindig and for Thomas for making the arduous flight from Berlin and perform in the Antipodes.

With no live music, no doofs, no pubs and a sea of useless opinions, we …