The Kentish Spires- The Last Harvest 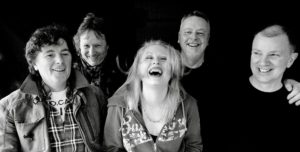 The Last Harvest is an album by a band unlike any other in 2018.

Yes, one can dive long and far through recorded music history to find an album that mirrors the melodic phrasing, musicianship and vocal prowess demonstrable across this amazing recording, however… why bother? When a band produces such a magnificent collection of expertly crafted cuts, it’s there to enjoy for the here and now.

The Kentish Spires offer tunes steeped in the traditions of the ‘Canterbury scene’, a prog inspired collective whose enormous impact on pop and rock music is felt through the early work of Genesis and the array of artists that forged careers courtesy of the platform that band offered. Canterburied Sounds, Vol.s 1-4 is a sprawling compilation that neatly summarises the ‘Canterbury scene’, this is available via Apple Music (in Australian territories, no doubt in Europe and beyond as well).

The Last Harvest is far more than a homage to a genre or scene. Incorporating aspects of big band jazz and traditional hard rock (Deep Purple etc), the band specialise in melodic prog that can accompany a subdued dinner party as much as it can rouse a pub full of patrons to spontaneously dance and forget about the ills of the day.

Chanteuse Lucie V, the extraordinary vocalist that recorded on Thunderstick’s excellent Something Wicked This Way Comes (’17), proves again that her truly unique voice is a jewel.

If you haven’t heard Lucie’s vocal, describing it leads to a confusion of words as barely any descriptors suit her timbre and range. A recent conversation with her revealed that she is a hard rock fan, so the power in her delivery is reminiscent of a ‘black album’ (Metallica) era James Hetfield, yet her clear enunciation of each word is more in step with a highly educated and gifted Broadway starlet.

The CD booklet contains the lyrics, it was a real treat to read along with Lucie as she sung. The historically themed (“Kingdom of Kent”, “Hengist Ridge”) blends in with the quasi- apocalyptic (“The Last Harvest”), the self-reflective (“TTWIG”, “Clarity”) and the harsh emotional echoes of a now-ended relationship (“Introception”).

When its prog, one is accustomed to outstanding musicianship. The Kentish Spires feature the console talents (production, engineering, mixing) of Danny Chang, who also contributes the majority of the six-string guitars across the album cuts. As a studio manager, Chang sounds like he is limited only by a budget. I’d love to hear what he could do with (say) the reams of cash that Beyoncé or Drake is afforded given the accomplished sound he wraps around The Kentish Spires. The beautiful woodwind instrumentation of Paul Hornsby is a notable highlight, Chang has surely captured Hornsby’s unique talent .

The Last Harvest is for the eccentrics and the magicians, the poets and dreamers, the deep thinker who finds spiritual resonance in the deft hand belonging to the brilliant creators of a diverse array of artistic mediums.