Andrew McKaysmith May 18, 2020
UK rock act HAiG have injected precious life into the music scene! After all, the industry can never get enough cutting-edged and cultured rock music and that is exactly what HAiG deliver. HAiG is the bastard son of Billy Bibby formerly of Catfish & The Bottlemen, Wry Smiles and New York Tourists.

HAiG have released their new single ‘Never Enough’, the follow up to the critically acclaimed ‘Did I Just Make You Smile’ to which CLINT BOON of XS Manchester & Inspiral Carpets called: “Another masterclass on how to write great edgy guitar pop from Mr Bibby and the band. The Single ‘Did I Just Make You Smile?’ is a classic radio and club anthem all primed and ready to go. Your time is coming.”

‘Never Enough’, is an energetic love song that hits where it hurts. ‘Never Enough’, speaks to fighting a losing battle in love, but encourages the listener that if it’s worth fighting then keeping fighting.

Frontman Billy Bibby discusses the meaning behind the song:

“This song was written from the heart and with a passion to try and knock down walls when listened to. I love a strong song that has some power behind it and live this song is fun to play. Only a short one but I think it’s got all it needs to just hit you where it hurts.

The chorus is basically about saying to someone no matter how many times you try and convince them you love them and say it to them. They still don’t quite believe you for some reason. It’s fighting a losing battle. But if it’s worth fighting then keeping fighting the cause because love is the strongest passion you’ll ever feel. Plus it makes for a good song writing experience!! Rock n Roll people and enjoy!’’

ABOUT HAiG
HAiG produce what is best described as an explosive, melodious rock n roll sound with a hint of alternate flavour.

The HAiG line up is completed by Carl Rutherford and Joe Mooney who all bring an incredible amount of experience and ability to a new killer rock line up with an intense authentic approach to their music.

Billy’s experience with Catfish & The Bottlemen alongside Carl, as well as Joe’s experience in the music scene have given HAiG an instantaneous worldly feel.

You can look forward to their Debut EP Freeze The World Recorded with Dave Pemberton who is responsible for Invaders must Die – The Prodigy. 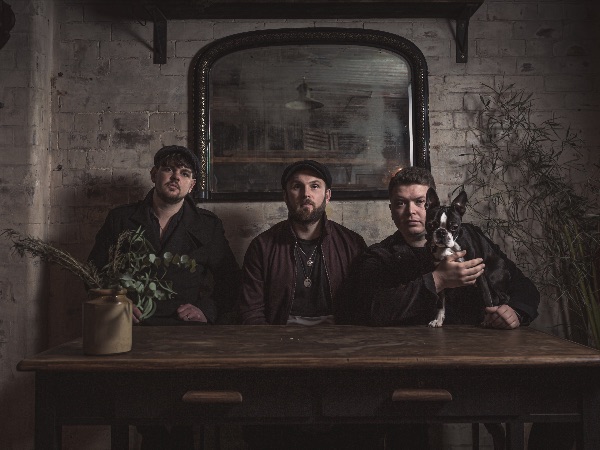 Peter Murphy- Bauhaus 40-year Ruby Anniversary. Performing ‘In The Flat Field’ in full. Peter will be joined on …