After recently signing to Golden Robot Records rock powerhouse AshenMoon have released their debut double A single ‘Dustbowl’ and ‘Mosquito’. Headed by the return of bassist Garry Beers (INXS), one of the best vocalists in rock Toby Rand and the highly talented and regarded guitarist Jimmy Khoury, AshenMoon nail the formula that blends 70’s, new wave and modern rock n roll into one massive Arena worthy sound.

ABOUT ASHENMOON:
Garry Beers is pure Rock Royalty there is no doubt about that. As a founding member and bassist of INXS and with over 50 million in worldwide album sales; Beers has returned to the scene with AshenMoon to continue his rock legacy. Alongside Garry is Toby Rand, a man with one of the best Rock voices on the planet.

When they first began writing their debut record; Beers, Rand and guitarist Jimmy Khoury unravelled their personal songwriting talent and began collaborating on what was originally a “Passion Project” in Beers’ garage. There, in the heat of the San Fernando Valley (L.A.), they created the recipe and sound of AshenMoon. A fusion of 70’s, new wave and modern rock n roll.

Khoury is a very highly regarded and successful film and television composer and has also written and performed with a plethora of high-profile artists.

Additional songwriting was delivered by UK pianist Kenny Dickenson (KT Tunstall, Billy Bragg etc.) and Australian drummer Sebastian Gregory (The Veronica’s).
Produced by Beers (co-produced by Rand), their upcoming debut album is influenced by the electronic grooves of Beers’ work with INXS fuelled by memorable riffs inspired by Khoury’s work with Beth Hart, whilst Rand traverses his range emotionally with tales of heartbreak, love and redemption; something uniquely his own.

Mixed by Grammy award winner David Reitzas and mastered by Howie Weinberg (Jeff Buckley), AshenMoon’s  music is majestically anthemic, whilst remaining magnetically intimate. It is an album full of arena-ready hooks and exudes a powerful rock blend of honesty, integrity and smouldering intensity.

“Not since my days with INXS have I felt more connected to music. We made this record from the heart and pay homage to all the great rock bands and artists that have inspired us to devote our lives to music” – Garry Beers 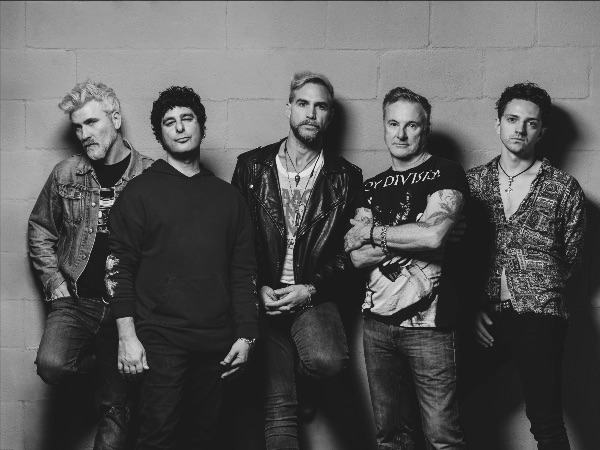