When asked to respond to comparisons to pop superstar Demi Lovato, this is what Shining said.

“I have not heard her music, but she’s a pop singer, right? I have to listen to her now to hear if I agree because I haven’t heard that one before.”

That comparison is made due to the similarity between Shining and Lovato’s vocal cadence, they share a similar manner in which they deliver a lyric.

Shining said it was difficult to describe the music created by the band on Breathe in Colours, as the album’s architects felt it was an evolution from the bands previous efforts.

“It’s always hard to say because as a musician and when you create something, it’s so hard to put it down in words because you’re like ‘oh, it can’t be explained’ because you feel so super unique right?,” said Shining.

“For us and maybe if people have listened to our older album (Tied Down– ’16), I think this one has definitely gone a little more, you know, it’s a little more curious, it has been exploring our sound and our music a little bit more, I think we just define ourselves as a modern rock band.

“I’ve heard the genre ‘alternative metal’ put on us as well and ‘melodic hardrock’ and all this stuff and I think the variety comes from just, you know, having a lot of different musical inspirations that come out on, in our music and on this new album.”

Breathe in Colours will be released via Nuclear Blast on March 29, 2019. 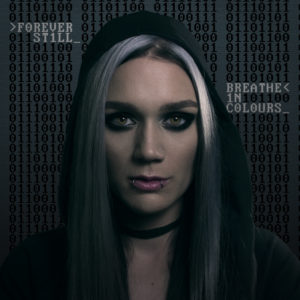 Grutle Kjellson- Enslaved Norway’s Enslaved are, without labouring the point, the globes foremost proponent of …

Garden of the Titans: Live at Red Rocks Amphitheatre is the brand-new live album and …