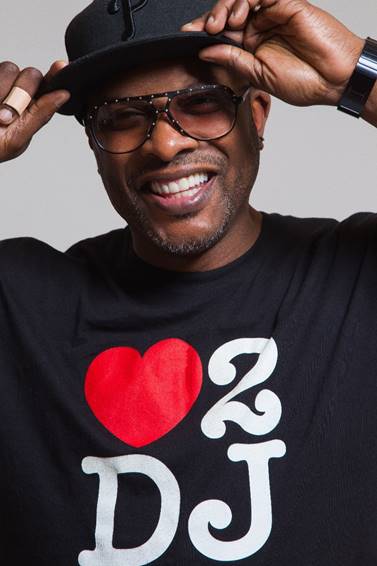 Jet-lagged and in Japan a week ahead of the November 2018 shows in Australia, DJ Jazzy Jeff found the energy to discuss the tour and share his thoughts on his career with Australian journalists.

With a career spanning 35 years, DJ Jazzy Jeff has collaborated with actor Will Smith via the DJ Jazzy Jeff & the Fresh Prince moniker, Mac Miller, The Roots, Mayer Hawthorne and Eminem. The writer certainly recalls his prominent association with Will Smith when it was prime time viewing, however it’s The Simpsons collaboration that is most vivid.

“Deep, Deep Trouble”, a single from the album The Simpsons Sing the Blues (’90), is the first and only real bona fide musical hit from the animated series. Jeff co-wrote the cut and shares his thoughts on this episode of his career.

“It’s funny just being a fan of The Simpsons and just getting that call. They were saying ‘The Simpsons are coming out with an album and they want you to produce something’. When somebody tells you that it’s kind of like saying that Fred Flintstone wants you to produce a song for them! You’re kinda like, well, who are the actual Simpson’s?

So, it was really cool to hook up what Matt (Groening- The Simpsons creator) and talk with him and we created something pretty much on the spot. Then to have Nancy (Cartwright- voice of Bart Simpson) come in and do the vocals. That was really… wow. Just, you know, realising that this is the actual voice of Bart Simpson. (The song) came out and people dug it. So, I thought that was really cool. That was high up on the bucket list.”

Jeff has certainly achieved a lot through his career. If was to nominate what gives him the greatest source of pride, what would he pick?

“That is a very good question because I don’t think I’ve ever really looked at my journey like that. I think I’m always been slightly superstitious that when you start looking at things in that manner that means you’re getting close to the end and to even sound even a little bit stranger, I don’t think I’ve done what I’m supposed to do yet!

I think my purpose is something that I haven’t done yet and I’m not even sure if that’s music related, which is really wild. I really started taking this approach, like I’m in the back of a taxi and I’m letting Him drive and I’m just enjoying the view. I’m just hoping that the ride isn’t over tomorrow.”

The trio of shows in Australia are an opportunity for old fans and recent arrivals to bask in the musical splendour of the DJ Jazzy Jeff musical universe. Recognising the broad church that is his audience, Jeff brings the hits that reference his lengthy career and he is also introducing some new faces to the Australian audience.

“It’s all over the place. I’m bringing out Dayne Jordan who has been on the road with me for about the past seven years. I’m bringing Rhymefest (hip hop artist Che Smith) who is super legendary, and the shows have been very, very high energy because it’s a mixture of a live performance and a DJ set. It’s kind of all over the place. But I just think, you know, people are very much in need of having a good time and I think it’s our job and duty to make people have a good time. So, it all seems to kind of balance out. We’re super-duper excited. I think this is Rhymefest’s first time, you know, coming to Australia and we haven’t been in a couple of years. We are chomping at the bit to get down there.”

Purchase tickets to the shows here. 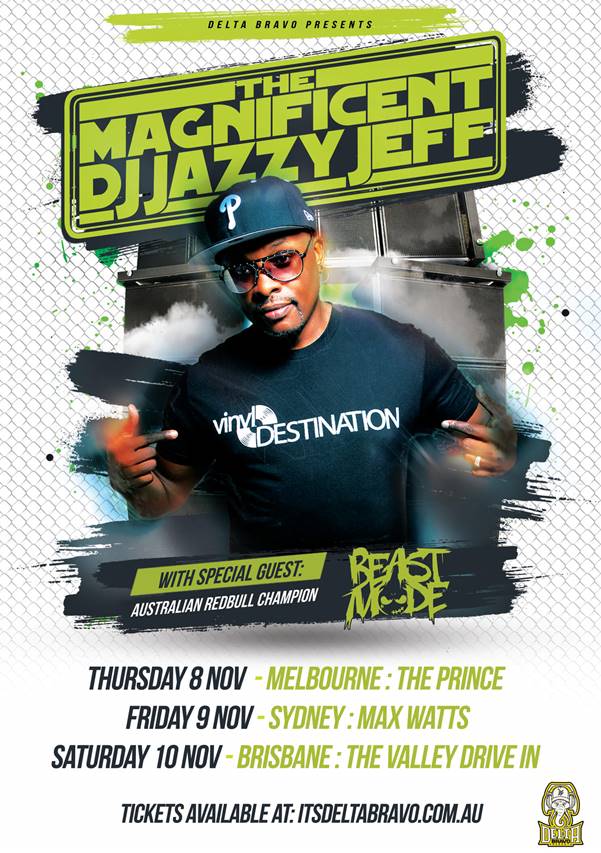