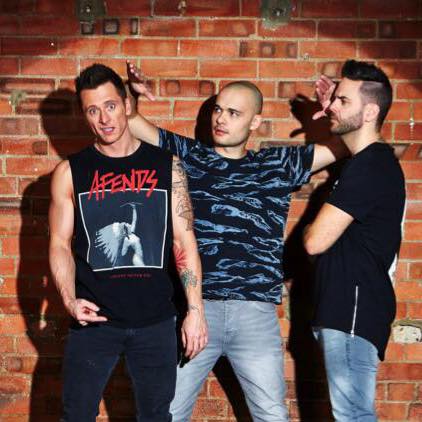 Ritchie Neville is the spokesman and foundation member of British ‘boy band’ Five. The outfit achieved magnificent success as the new millennium dawned via a trove of hit singles on the albums Five (’98) and Invincible (’99).

Five’s career peak was crowned with the “Best Pop Act” at the 2000 BRIT Awards, which is a significant accomplishment considering the competition; B*Witched, Atomic Kitten, Spice Girls and S Club 7. 2001’s Kingsize performed well, however it was the outfits swan song until a brief reformation in 2007, with the outfit now having been active on the live circuit since 2012.

From the outside looking in, Neville and his bandmates had the world at their feet and they’d be right, of course, but life at the top isn’t easy and as young and inexperienced regarding the rigours of managing success as the members of the band were during their incredible peak, Neville recognised the need to present a unified front and remain enthusiastic.

“Well you know what? It’s not easy. It’s really, really not easy. You see the sheen from the outside, you see the happy video and at the end of the day if you are doing an interview nobody wants to hear ‘How are you?’ ‘Well actually, I feel like shit, fucking really worn out and a couple of the guys in the band really pissing me off at the moment’, you can’t do an interview like that! Because obviously you’re there to talk about the music and the music videos, and you are excited about it. You are proud of it, so you just focus on the positives and sort of leave out the negative

At times it was a massive struggle. It was gruelling hours, up to 18-hour days and four days off a year, it was very gruelling and yeah, it’s a lot of pressure. You couldn’t go for a walk, you couldn’t go for things like that. You literally saw hotels and planes and that was it really.”

After the band’s hiatus in 2001, Neville moved to Sydney. It was this change in scenery that allowed him recharge and reassess.

“Great Memories. Absolutely fantastic memories. If it wasn’t for me having my daughter I would have moved back. No question, but you know, I got into a relationship and we got pregnant, had a baby and I’m no longer with that person. I have to stay here and be around my daughter who I have a 50 percent of the time. I just can’t leave her.

I absolutely loved it. I went to Australia really, I suppose…  somewhere deep in my psyche… I went there to sort of reclaim myself after the band and stuff. The years after I found really quite tough, I actually had a bit of a private battle with stuff. And so, I thank Australia for that and I’ve actually got a tattoo on my arm. My arm tattoos are fantastic tattoos from Sydney. It’s actually Japanese in style, it’s a Hokusai wave, the big sun, but it’s there as a reminder of the surf and sun in Australia. It reminds me of reclaiming myself. “

Neville has experienced it all with Five. He is gracious, considered and circumspect when answering questions about his career. He knows he had an opportunity that few will ever relate as he was in arguably the most sought-after act in the world from 1998 to 2000.

The bands hits include “Keep On Movin’”, “If Ya Getting Down”, “Everybody Get Up”, “When the Lights Go Out”, “Got The Feelin’”, a fine cover of Queen’s epic “We will Rock You” and “Slam Dunk”. Neville and fellow foundation members Sean Conlon and Scott Robinson comprise the live act that will be touring Australia in Feruary 2019 with S Club 3 (a revitalised version of the famous S Club 7), Big Brovaz and the trans-Atlantic ‘girl band’, G.R.L. 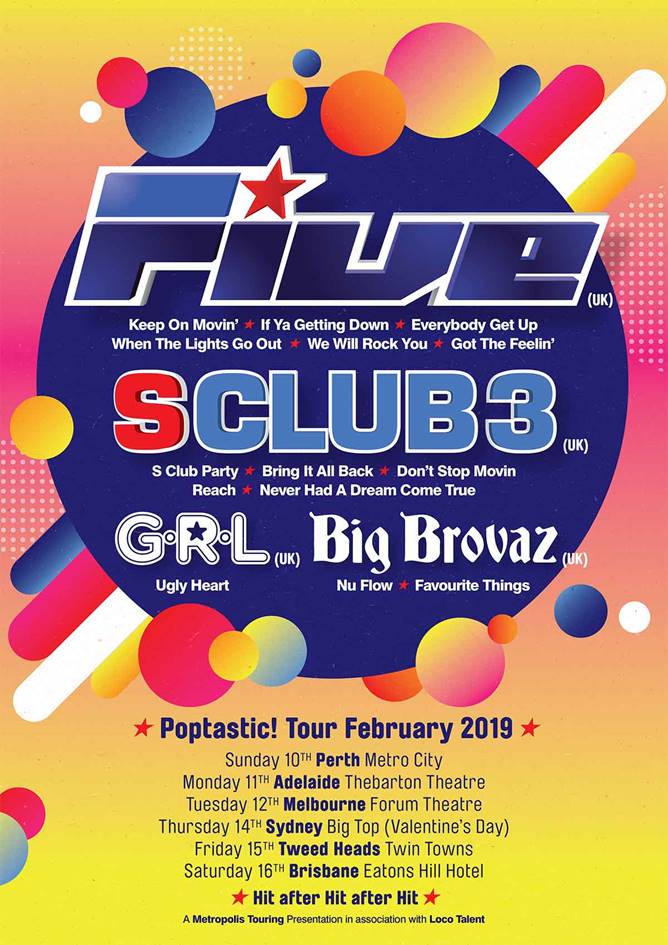 Garden of the Titans: Live at Red Rocks Amphitheatre is the brand-new live album and …