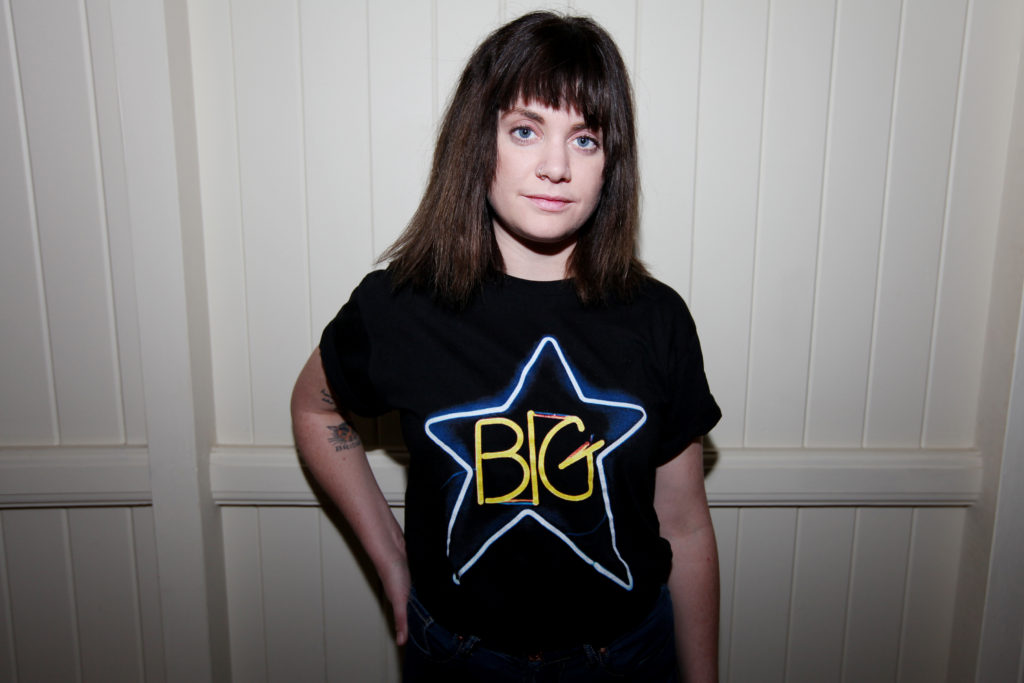 I was lucky enough to catch up with Australian Singer-Songwriter, Hanny J, ahead of her upcoming show with her full band at Halloween Hysteria in Brisbane on October 27th. We also talked about her new EP Possessions, and even a little bit about her other musical ventures in the band Clowns.

J: You’re going to be playing at Halloween Hysteria on October the 27th, can you tell me a bit about that?

It’s a great line up, and this show’s been a long time coming. It’s great to be heading back to Brisbane, I wasn’t born there, but I lived there for most of my life, so I’m excited to be playing there. It’s kinda my home town, so it’ll be good to take the full band there and be part of an awesome festival with such a huge line up.

J: Have you got any acts that you’re looking forward to checking out at Halloween Hysteria?

Yeah, absolutely. Hard ons is definitely going to be a highlight for me, they’re one of my personal favourites. I’m also really looking forward to seeing Press Club as well, that’ll be really good fun.

J: Have you played alongside any of the bands on the line-up before?

Yeah, I actually just played with Press Club the other day with my band Clowns, so that’s the first time I saw them, and it blew me away, it was great. We also did a tour with Void of Vision, I’ve also played with Hard Ons, Kill The Apprentice, Bench Press and The Raff, who are all awesome bands. There’s quite a few people I’ll be catching up with.

J: Your EP Possessions is out now, can you tell me a bit about that one?

Yeah, I’ve had some of the songs for a while and I’ve been playing them live. I recorded it last year and it’s just taken a while to complete. To start off with it was going to be an acoustic album, and then I decided to make it a full band EP, it’s really excited to finally bring it out after working on it for so long. It was a really cathartic process, and it feels good to have it out there now.

J: What made you decide to turn it into a full band EP?

I had all the band arrangements in my head and the way I wanted to do everything, the only thing I felt like I couldn’t do was drums. I just started recording it with Greg Judd in Byron Bay, he’s a good friend of mine, and I was going through some shit at the time and had to leave my house in Brisbane. I was touring with Clowns, but I had about a week free last year in June, so I hit him up and went to stay at his house, and we decided to make the EP while I was there. I was pretty up and down at the time, but we ended up recording it all in about fifteen hours. I feel like the way it all went down was really organic and real, and relative to how I was feeling at the time. It’s rough in a way that reflects my headspace, it’s very real. Instead of doing drums first, like you usually would, I just did guitar and bass first, and threw drums in after. It all came together really well.

J: Have you got a favourite track from the EP?

They all mean a lot to me, I don’t really write filler songs. Every song has its own meaning, they’re all really special to me. I can’t really pick a favourite. ‘Trying To Get By’ was really important to me to finish writing that and get my head around what the song is about, so if I had to pick one, that’s be it.

J: Have you got a favourite song to play live?

I like playing ‘Thumbs for Breakfast’ live, because the guitars and the harmonies are really awesome, it’s fun to bring to life in a live setting.

J: What’s the main difference between playing in Clowns and your solo project Hanny J?

There’s quite a few differences. I wouldn’t consider myself a bass player, but I’m getting better *laughs*. It’s a different writing process, for Hanny J it’s completely personal, and I write everything, whereas Clowns was an established band that I came into, so it’s more collaborative.

J: Will you be dressing up to match the theme of Halloween Hysteria?

J: I guess we’ll just have to wait and see then! Why should people come and check you out at Halloween Hysteria, other than the mysterious costume situation?

It’s a great festival with an awesome line up, and it’s a great price too. It’s about fifty dollars for a ticket, and there’s heaps of cool bands playing. I’m really excited about it!

J: What can we expect during your set, any new music or special surprises?

Yeah, we will definitely be playing some new songs that aren’t on the EP, as well as the whole EP live. It’ll be great to bring it all to life in a live situation. I’ve only really played solo in Brisbane, so this will be new and more awesome than ever before.

J: What is the scariest thing that’s ever happened to you at a show or on tour?

*laughs* Gosh. I can’t think of anything scary. Maybe seeing small kids in the middle of a circle pit and thinking “Oh God, that kids gonna die!”, but they never do, so that’s alright. It’s a wonder how they end up in there amongst a bunch of massive dudes. *laughs*

J: Have you got anything else exciting going on soon that you’d like to tell us about?

I’m stoked about the Jeff Rosenstock tour coming up in December, I’m looking forward to catching up with heaps of people over the whole of Australia. I’m really touched by the amazing response I’ve had to the EP, so thank you so much to anyone who’s gone and listened to it.

Catch Hanny J, along with over fourty other acts over four stages, at Halloween Hysteria in Brisbane. If you’re a lover of Halloween, or a lover of great music in general, this is an event you don’t want to miss, so grab your tickets now! You can keep up to date with Hanny J by following them on social media or via their website, and you can check out her new EP Possessions on Spotify or iTunes. 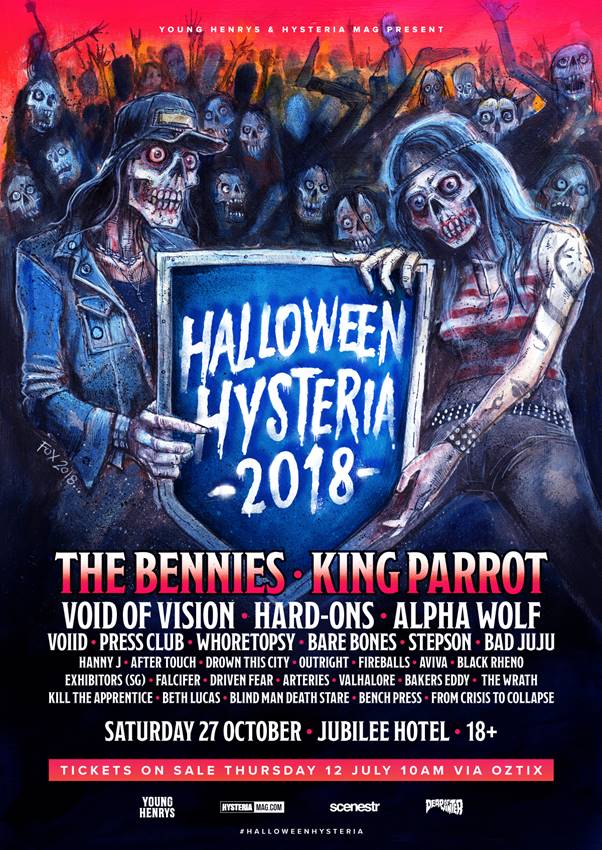 Henkka Blacksmith is the bassist from Finnish melodic death metal outfit Children of Bodom, he …

Olof Mörck is the guitarist and spokesman for Swedish metal outfit Amaranthe, a band that …