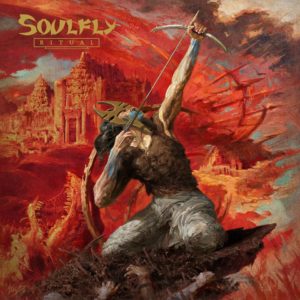 Is there anything anyone can say that will convert a sceptic’s convictions or reaffirm a fans devotion to the various projects that Max Cavalera has been involved in since he and his comrades in Sepultura took the extreme metal world by storm in 1986 via Morbid Visions?

Soulfly almost qualify as a veteran band in its own right in 2018. Eleven albums and many tours since the debut launched in 1998, Cavalera via Soulfly has forged a reputation for producing down tuned thrash aided by his signature vocal, indigenous instrumentation and a revolving cast of capable musicians. The new for 2018 album, Ritual, isn’t going to convert the naysayers, however it is a strong heavy metal album that leans heavily on the familiar Cavalera song writing narrative with more than just a few nods to the underground.

That last point is interesting because when Soulfly started it re-cast Cavalera’s Sepultura song writing prose by focusing on a (then) modern take on metal, a la nu metal. 20 years later Cavalera appears to be far more comfortable with incorporating all sorts of influences that reference the broad spectrum of all things hard’n’heavy.

Sweep arpeggios and virtuosic guitar solos aren’t the first thing that Soulfly bring to mind, yet by the Hellraiser inspired second cut, “Dead behind the Eye’s”, the extraordinarily gifted Marc Rizzo has played enough notes to remind the listener that he is a choice guitarist for Cavalera and Soulfly. Randy Blythe (Lamb of God) guest vocals on this cut, carrying on the long tradition of Soulfly collaborators.

The mighty Ross Dolan of Immolation fame appears on “Under Rapture”, the albums finest cut, it incorporates a blackened Swedeath song writing narrative into the Soulfy sound. Rizzo’s flamenco inspired intro on “Demonized” brings to mind Annihilator’s “Crystal Ann” from the epic Alice In Hell (’89). Cavelera channels his inner Lemmy on “Feedback!” as Rizzo nails the Phil Campbell-esque leads and the final cut “Soulfly XI” apes Black Sabbath’s “Planet Caravan”. A meandering saxophone solo gives “Soulfly XI” a lot of character as it plays off well against Rizzo’s flamenco musings.

By in large, Ritual mixes the inspiration from the first two Soulfly albums with some excellent death metal, black metal, grind and hardcore influences. It would be near impossible to reference every nuance across Ritual, so it’s easier to say that this might just be Cavalera’s most endearing listen since Soulfly’s debut. 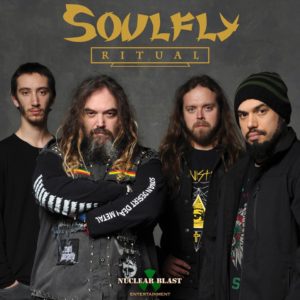