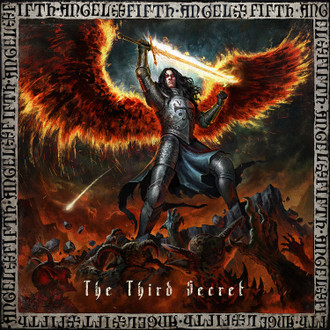 Fifth Angel are a legendary collective whose origins stretch far back to the Seattle-scene of the mid-80’s, a scene that included Queensryche and Metal Church. Before Messer’s Cobain and Vedder brought cataclysmic change to the rock and roll landscape in 1991, bands like Fifth Angel, bands that were thoroughly credible and that were responsible for high quality heavy metal fare, found they were unfairly cast aside by a music industry hellbent on reinventing itself.

In 2018 Fifth Angel are back. The line-up has shifted from the 80’s and the new album, The Third Secret, comes across with the energy of a debut and the wilful intent of a band who is building to bigger things. That last point is important as The Third Secret, as strong an album as it is in its own right, gives Fifth Angel an opportunity to build a decidedly younger audience on subsequent releases.

During a recent conversation with bassist John Macko, I implored him and the bands members to focus on building an audience among the youth brigade. The Third Secret is an album that fans of Miss May I and Emmure, just a random selection of the current crop of heavy metal outfits doing wonderful things, could easily warm to.

“Stars Are Falling” kicks the album off, drummer/ percussionist Ken Mary’s performance on this cut is the first sign that the album is far more than a trip down memory lane. He is the drummer that Matt Heafy and Trivium have been searching for most of their patchy career. Mary is responsible for varying the rhythmic cadence in each track and keeping things focused on groove. A lesser drummer may have leaned into the bands traditional metal stylings which would have sucked the life out of many album cuts. Based on Mary’s performance across the album it sounds as if he is from the same school as Chris Adler (Lamb of God), locking the rhythm down tight with plenty of quality double kick flourishes.

The album’s title cut is a stunning, minor chord exercise in ‘build and release’. The orchestral movements throughout the arrangement frame the vocal beautifully and guitarist/ vocalist Kendall Bechtel’s solo caps the album. With former vocalist Ted Pilot unavailable, the vocal responsibilities were assumed by guitarist Bechtel, whose baritone serves the musical narrative well. I didn’t have a lyric sheet at the time of review so it’s hard to gauge the lyrical themes, with song titles “Queen of Thieves”, Dust to Dust” and “Shame on You” it’s fair to reason that life’s many travails may have provided inspiration.

The guitar and bass work are expertly rendered. Ed Archer and the mentioned Macko and Bechtel worked hard to ensure there were plenty of riffs that sound original and well thought through. The string section and drummer Mary often deploy a simple strategy of guitar flourishes that are introduced and then bookended by choice percussive stanzas (check out the intro to ”This Is War”).

In an era of false nostalgia and a reimagining of the relevance of many bands from yesteryear, Fifth Angel are a breath of fresh air. If The Third Secret were a debut album by a youth troupe from (say) Scandinavia, many media outlets would be fawning over the band and they would surely have the European festival scene at their feet. Instead what we have is seasoned veterans offering the album of their lives in an era where deathcore and metalcore prevail in the club scene in territories like the United States and Australia.

Fifth Angel have the chops, the stamina and the album to match the Revocation’s and Rings of Saturn’s of this era, here’s hoping an enterprising promoter recognises the value in Fifth Angel and books them alongside the current crop of heavy metal insurgents as they promote this outstanding release. 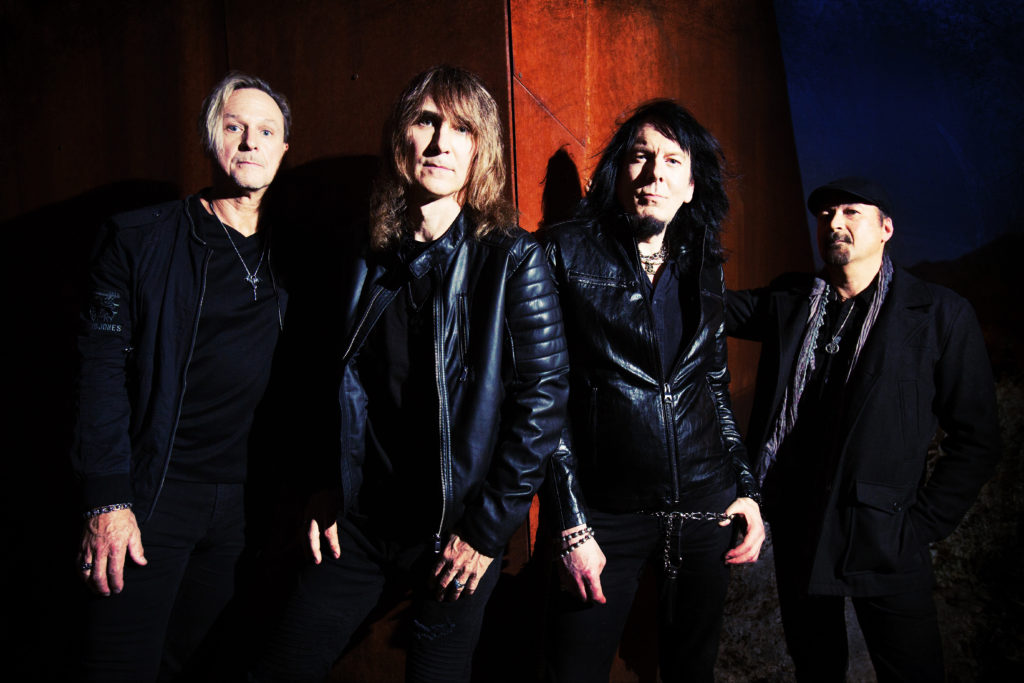