You can find the censored version of ‘Naitu’ here:
https://www.youtube.com/watch?v=ltsVs2_HIBc

The album is available here: https://music.apple.com/au/album/global-warning/1496734047

From the very beginning TURMION KÄTILÖT has had a reputation of being a great live band. Disco beats from the 90’s, metal to the pedal, melodies, sing‐a‐longs, you name it ‐ there are no rules. Yet still, if you peek under the skin you can find the darkness pointing its finger to you. Their live shows have been praised to be the fiercest and craziest mayhem to be witnessed creating the twisted world of TURMION KÄTILÖT. Come and embrace your true self.

Of the new record MC Raaka-Pee says:
“This is a dangerous album. F*cking great. We’ve created a snake that will slither its way into the souls of many”.

“This is the prize we’ve all been waiting for. I can’t wait to perform this to our fans. This album sounds exactly like we wanted it to – no compromises were made”, Shag-U adds. 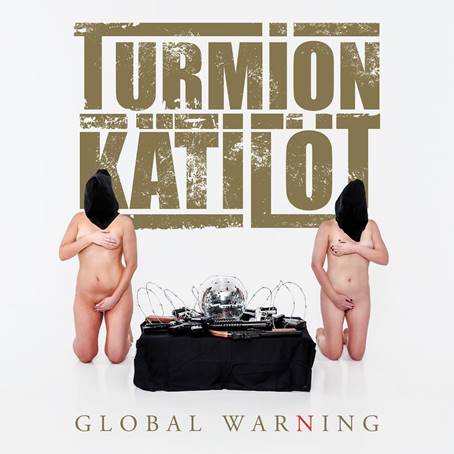 (hed) p.e. return to Australia for an encore run of shows following their successful tour …

THE ORIGINAL WAILERS All the Hits Tour Three Little Birds, Is This Love, Could You …