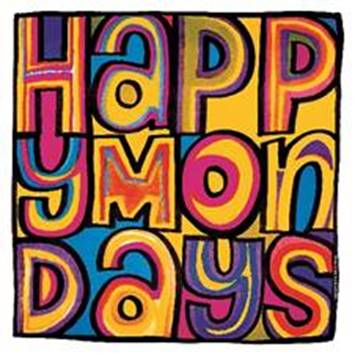 With UK icons Happy Mondays touring Australia in February of 2019, the bands inimitable dancer and percussionist, Mark ‘Bez’ Berry, is visiting the country for a promotional blitz. Witty and charming, he’s in good spirits and fine form as he travels between appointments and media commitments for a conversation over the phone.

Happy Mondays are responsible for some tremendous tales, many tall and some occasionally true, regarding their live show and the members expliots. The bands massively influential album, Pills ‘n’ Thrills and Bellyaches (’90) will get a thorough airing in Australia, Bez offers some encouraging words about the state of the band in 2018.

“Well I can say that if you’re coming along to any of the shows, you’re possibly going to see us at our best, ’cause in the past sometimes we could have been great, a lot of times we were that rubbish because we we’re all off our heads, it wasn’t that great of a show. So, you’re going to get us at our best, Shaun’s (Ryder- Vocalist) singing the best he’s ever sung, Mark (Day- Guitar) has got such a unique style of his own on the guitar, he’s playing brilliantly, and we’ve got the original line-up of course. And then you’ve got me doing the dancing. “

Along with The Charlatans, Happy Mondays are a prime influence and inspiration for the Brit-pop movement that rivalled the grunge phenomenon through the 90’s. Oasis, Blur, Pulp… all these bands have definable elements of the Happy Mondays sound in theirs. With such an overwhelming legacy, how does Bez feel about the very positive attention from fans and critics?

“Well with being given such great accolade, yeah, we’re even surprised by it ourselves, because as young men when we first set off, we couldn’t have never dreamt of the position that we got ourselves into. And it’s so amazing that all these years later that we’re able to still play and do what we do.”

The bands history alludes to some risky encounters with the rock’n’roll lifestyle. With the greatest of respect, does Bez think that he’d still be here doing it all these years later?

“It’s actually incredible that, one, that we’re still all alive, two, that we’re still managing to get out there and play and play to a worldwide audience. So yeah, we’ve been incredibly lucky, you know, to be able to do the things we’re doing. (Its) all down really to the fact that we signed to Factory Records, such an iconic label in Manchester at the time. I remember as kids, before we got signed to them, we were desperate to sign to Factory Records. It was like all our dream.”

Given the chance, would Bez change anything in his journey as a Happy Monday?

“I wouldn’t change actually, there’s nothing I would change. Like I say, we’ve been so fortunate, we’ve had such good luck, why would you want to change that? To live life with regrets it wouldn’t be a good way to go about it, but like I say I wouldn’t change anything. The meaning of life is to expand your awareness through experience, and we created our own awareness and reality, it’s like been amazing.”

The shows in February offer fans (and the soon to be converted!) the chance to experience some early 90’s acid house infused rock’n’roll at its absolute finest! 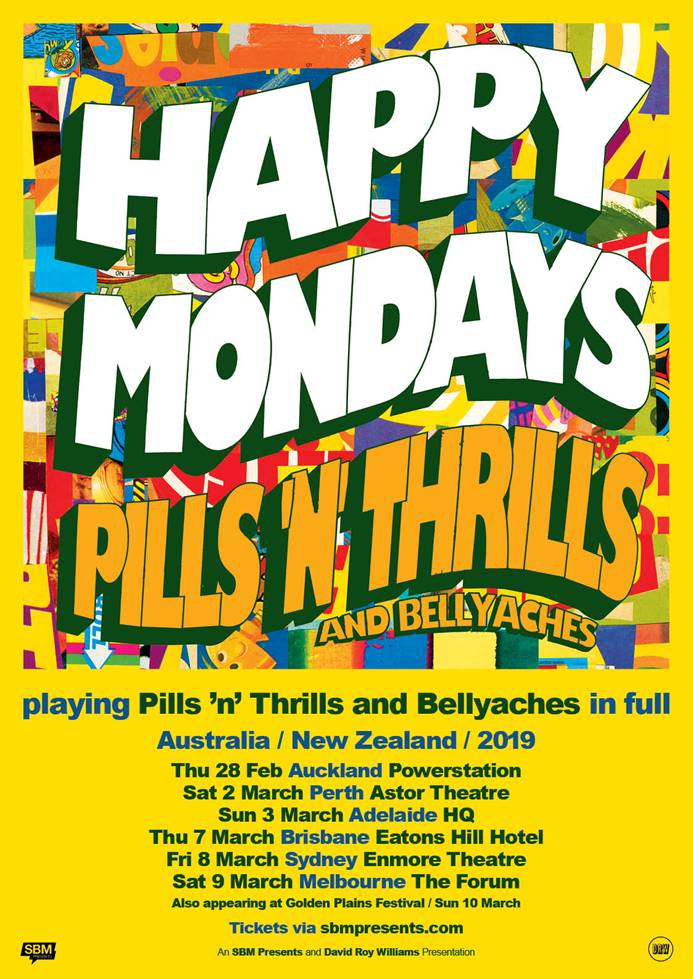 I had the chance to chat with ZP, lead singer of American hard rock band …

Drew Shirley is the unsung guitarist in Switchfoot. Unsung because since 2003 his fretwork has …