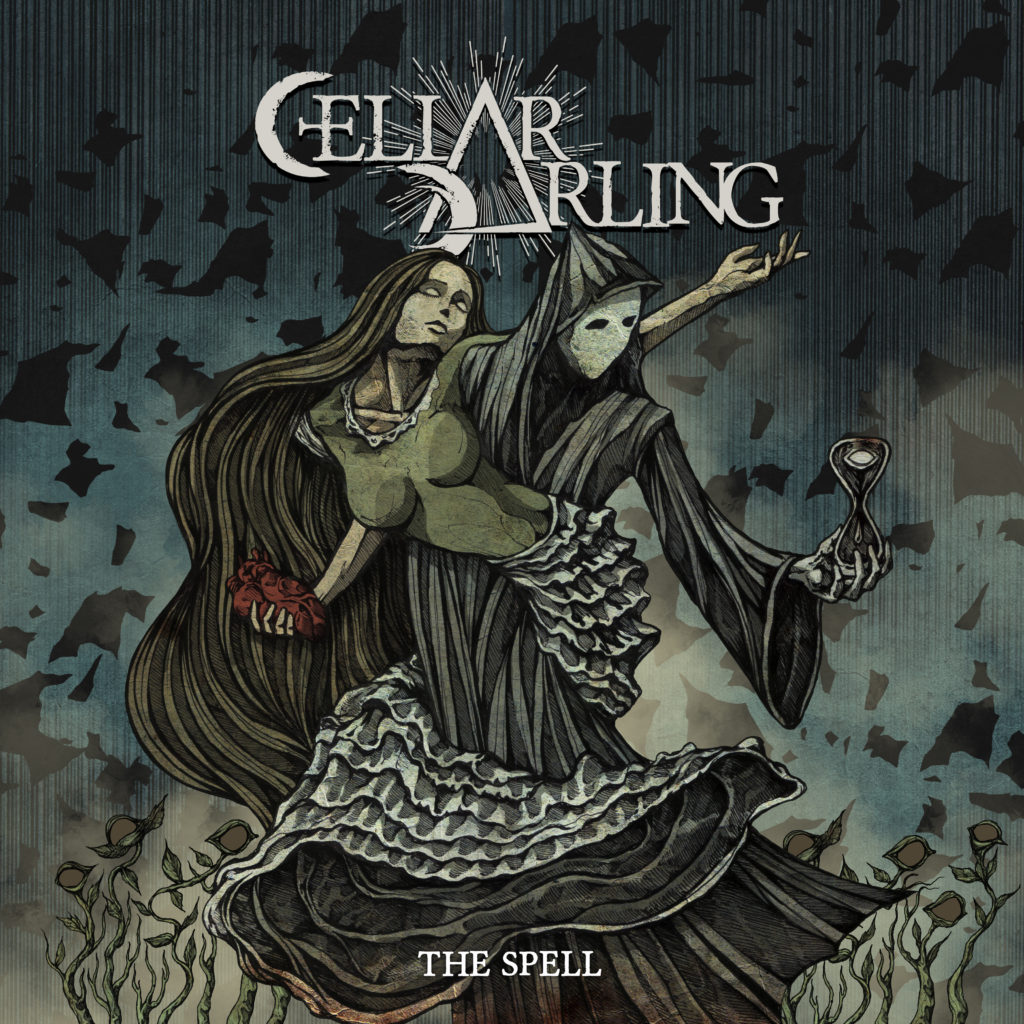 Cellar Darling have expanded on the theme of the Death and the Maiden motif from Renaissance art to create a concept album and accompanying audio book.

The album is called The Spell and vocalist Anna Murphy used some choice words to describe the process for the spoken word component.

Murphy said she underestimated how hard it would be to narrate the story and that she understood why people seek coaching for spoken word performances.

“For me it was actually a horrific experience (laughter), I think I really underestimated the art of speaking,” said Murphy.

“It is something extremely difficult and there is a reason why people learn that stuff. All the noises the mouth makes while recording… it’s disgusting and it’s hard to not do it.”

Guitarist Ivo Henzo said that it was Murphy who proposed the idea of creating a concept album soon after the release of the bands excellent debut, This is the Sound (’17).

Forgoing much of the deliberation one might assume happens when creating a sprawling epic, the band embraced the concept idea quickly and were keen to avoid over-thinking things.

“We were just discussing the idea of the concept album, of the story and then it started to develop and then we just went full on and wrote songs,” said Henzo.

“It took over a year to finish the whole thing, but we are not like a band (who) think too much, we just ‘do’.

“We don’t think about the consequences or… we were aware this is a challenge of course, because we’ve never done this before, but I wouldn’t say we were afraid or anything”

The Spell as well as the audiobook are out via Nuclear Blast on March 22nd, 2019.