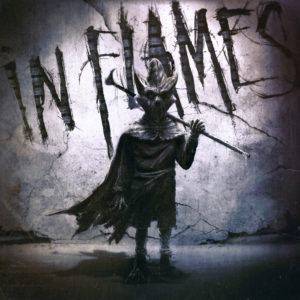 Swedish melodic death metal titans In Flames are back with a new studio album called I, the Mask.

The band’s long-time vocalist and spokesman Anders Fridén, answered Australian journalists’ questions from a tour van over the phone during a stopover in snowy Michigan.

When asked to describe the sounds contained within I, the Mask, Fridén said that he didn’t want to go into too much detail because he wants listeners to discover the music for themselves.

For those yet to hear I, the Mask, it is an album that continues in the vein of metal the band has offered fans and listeners since Reroute to Remain was released in 2002.

However, Fridén disagreed with the perception In Flames made a decision to change their style in the early-mid 2000’s, he said the evolution of the band’s sound from their Swedish melodic death metal roots was part of a natural song writing process.

In Flames performed a handful of shows in Mexico with Deep Purple through November of 2018, an experience that Fridén described as excellent.

Chris Broderick (ex- Megadeth, ex- Jag Panzer, Act of Defiance) wasn’t present for the Mexican shows however he is touring as a guitarist in In Flames throughout 2019.

Fridén said that it is great to have Broderick onboard for the shows as they have known each other for 17 years, and that while he fits into the line-up really well Fridén jests that Broderick cooks food in the microwave that stinks throughout the tour bus.

Australia is a familiar territory for In Flames and Fridén said there was a mutual love between the band and their fans and that he felt a kinship with Australian bands such as Karnivool.

Fridén likened the homogenous sound of Australian bands to the cohort of bands from the early 90’s Gothenburg scene, he said that one could ‘feel’ that a band was Australian in the same way Swedish bands such as Dark Tranquillity, At The Gates and In Flames shared musical characteristics.

I, the Mask is out now through Nuclear Blast. Order the album through iTunes Australia here.