The provocative, eccentric, criminally under-rated Aussie battler Kirin J. Callinan is back with his first effort at new music since his break through 2017 record Bravado. Upon arrival, Return to Center installs an important new chapter in the volatile lexicon of Kirin J. Callinan, while waning the palpable lust evident in his prior full-length attempts. The album consists of ten severely reworked covers, mangled and adapted to Callinan’s creativity. The main question when it comes to Kirin J. Callinan’s music is: Is he laughing with us? Or is he laughing at us? Return to Center answers this question in a more brutal fashion than Callinan ever has.

Just quickly, to get this out of the way, if you have a pre-existing, non-musical, media influenced opinion of Kirin J. Callinan, fuckin grow up.

Return to Center boasts my least favourite opening track of Callinan’s career and the worst track on the album, Life is Life. While the album’s narrative later contextualises the nature of the opening cut, Life is Life serves as the most musically under-whelming and predictable effort on the record. The tune’s opening sequence reminiscent, grandiose orchestra patterns are a joke. The LIFE-IS-LIFE chanting refrain scattered throughout the chorus is a joke. Instrumentation is pretty stagnant throughout the track. It’s just not for me.  Disguised by the bravado instrumental and vocal delivery are some compelling lyrics. “Every minute of the future/Is a memory of the past/Because we gave all the power/We gave all the best/And everyone lost everything/And perished with the rest”

The second cut of the record, The Homosexual consists of a compelling narrative and some vintage Callinan instrumentals. Bass lines are groovy. The drum and guitar textures are complementary. Callinan’s delivery is very performative and effective. This is all tied together with a compelling narrative, documenting the secret adultery between Callinan’s character and multiple women under the illusion of his homosexual appearance. Lock into the lyrics. It’s a rewarding track. “I won’t disabuse them, I’ll make love with their women/I’ll make them sing notes of pleasure/Their boyfriends will never hear”

The Whole of the Moon is an absolute belter. Introductory FM piano sounds coupled with some similar synth textures immediately invoke nostalgia. Then a ripping synth lead line is introduced though an awesome melody. Bell sounds in the distance add a sense of space and elaborate upon this lead line, prior to the sweet low register timbre of Callinan’s voice. A minimal, pulsing drum beat, complements the original piano and synth textures. A brief bell refrain prior to the chorus further invokes Callinan’s 80’s nostalgia obsession. Then the chorus hits with relief as Callinan enters a higher register and backing vocals are tastefully included in the title refrain. Furthermore, funky guitars are aptly funky, synth textures are tasteful, Bass line in verse three is funky. And the lyrics. Callinan has done it again. With incredible metaphors, “I saw the crescent/You saw the whole of the moon” and pivotal variations of delivery between the verse-chorus juxtaposition and the contrasting fourth verse, The Whole of the Moon is a vocally and lyrically dense track. Great pop song. Absolute belter.

Fourth cut, It Takes a Muscle to Fall in Love is where Return to Center starts to feel like an album experience. Themes of pain and broken love riddle the lyrical content of the track, with a cry for help comprising the primary narrative scheme. “Now the fear got in me/It got in me deep/That’s where it’s gonna stay and never leave/Someone come lay my worry/Someone come kill my pain/Someone come and put me on my feet again”. The tomorrow/today comparison throughout the track hits hard. Repeated sparingly, it adds a slight repetition and another metaphorically wise message. “You’re gonna live tomorrow if you don’t die today”.  The variety of instrumentation within the song and instrumental distinguish from the rest of the record further adds to the track’s appeal. Textures reminiscent of a 12-string guitar descend within the song’s opening sections, while complementary synth runs glisten in verse two. Title refrain in chorus is fuckin catchy, coupled with some stellar backing vocals. This album feels like it’s about to start kicking.

Fifth cut, Pretty Boy is the rewarding change in mood no one was expecting at this stage in Return to Center. Bowed string textures shimmer, and drones wander to the timbre of Callinan’s lower register. An emotional Callinan stumbles through a compelling first verse, and it’s just fuckin beautiful. As he chokes up in a slight laughter halfway through the first verse, Pretty Boy’s opening is one of the most rewarding moments of the entire record. Metallic textures of rattling snares and further synth elaboration build throughout the chorus, before glistening into an ambient, buzzing instrumental refrain. This is just a heart breaker. Throbbing piano soundtracks the musical journey throughout the song, as dynamic variation increases the tune’s emotion. Lyrics are incredible, “Please don’t hurt no one tonight/Please don’t break no woman’s heart/How ’bout it, you little prick?/How ’bout it?”. Bounded by a final modulating synth outro, it’s clear Callinan is about to put us on the spit.

Title track Return to Center is perfectly placed in the track listing. Midway through the album you realise: he’s just been baiting us, he’s just been laughing at us. I just feel exposed throughout the entire cut. Swarming textures are contrasted with very lush synth melodies. This is heavily self-indulgent, but it embodies the album. The only vocals on an otherwise instrumental track, is the sound of Callinan hysterically laughing. That laughing is fuckin torturous in the best way. It can be argued that this track is ridiculous, but the whole album is absolutely ridiculous. The song could have incorporated a more refined direction, but that doesn’t represent the album.

Seventh cut, Rise serves as a pressure release valve from the previous emotional overload Pretty Boy and Return to Center has bestowed upon the listener. Bass hits complement plucky guitars, while Callinan related news commentary soundtracks the first movement of the tune. A flute counter melody combines with jangly, picky guitar lines, before the breathy voice of Callinan dispels the news commentators. An electro drum beat breathes some rhythm into Callinan’s lexicon as he responds to the doubt that has bombarded him over the past two years. A Talking Heads reminiscent chanting chorus adds to the sugary pop lyrics, “May the road rise with you”. After the four-minute mark the song just abandons all previous instrumental progression and turns into a black hole. Severe clipping, distortion galore, ugly, un-expected, beautiful. He’s taking the piss.

Ninth track, You Weren’t in Love with Me restores some sanity in the album as synth textures and traditional pop song melodies are re-installed. Relaxation defines the instrumental and vocal mood of the song as synths and drum machines calmly stumble throughout the sections. Callinan’s voice is also the most peaceful it has been throughout the whole record. Holiday Sidewinder’s harmonies in the chorus are lush and add to the track’s overall appeal. Well placed in the track listing and further emphasising the dynamic range and variation throughout the album. It’s ironic that a song with lyrical matter drenched in loss serves as one of the calmest moment on the record ,“Standing on the outside, I don’t know where I’m going to/But I do know just one thing, and that is it’s over with you”.

Final track, Vienna maintains the calm nature of You Weren’t in Love with Me as introductory synth, bass, and percussion textures gleam with a delayed pulse. Instrumental contrast is evident straight out of the gate with a piano/kick drum tonal juxtaposition. The chorus introduces synth strings and Callinan’s upper-register and is well executed with a memorable title refrain. Percussive synth incorporations into the second verse drum beat aren’t all that effective. The switch in mood and instrumentation after the three-minute mark is a very tasteful embellishment to the tune. The drum beat improves, descending piano lines are effective and the ultimate unabashed return back into the tune’s chorus is rewarding. Outro is illusive as it almost helps the listener forget about the ridicule they have just witnessed throughout the rest of the album, “A man in the dark in a picture frame, so mystic and soulful/A voice reaching out in a piercing cry, it stays with you until”.

Kirin J. Callinan has taken the piss to an even higher extent on Return to Center than he had on his last effort Bravado. Production, rework of covers, everything Callinan has spawned reflects upon the ridicule concept of the record.

I’ve never enjoyed being laughed at this much.

Return to Center – Kirin J. Callinan. This is a solid album. 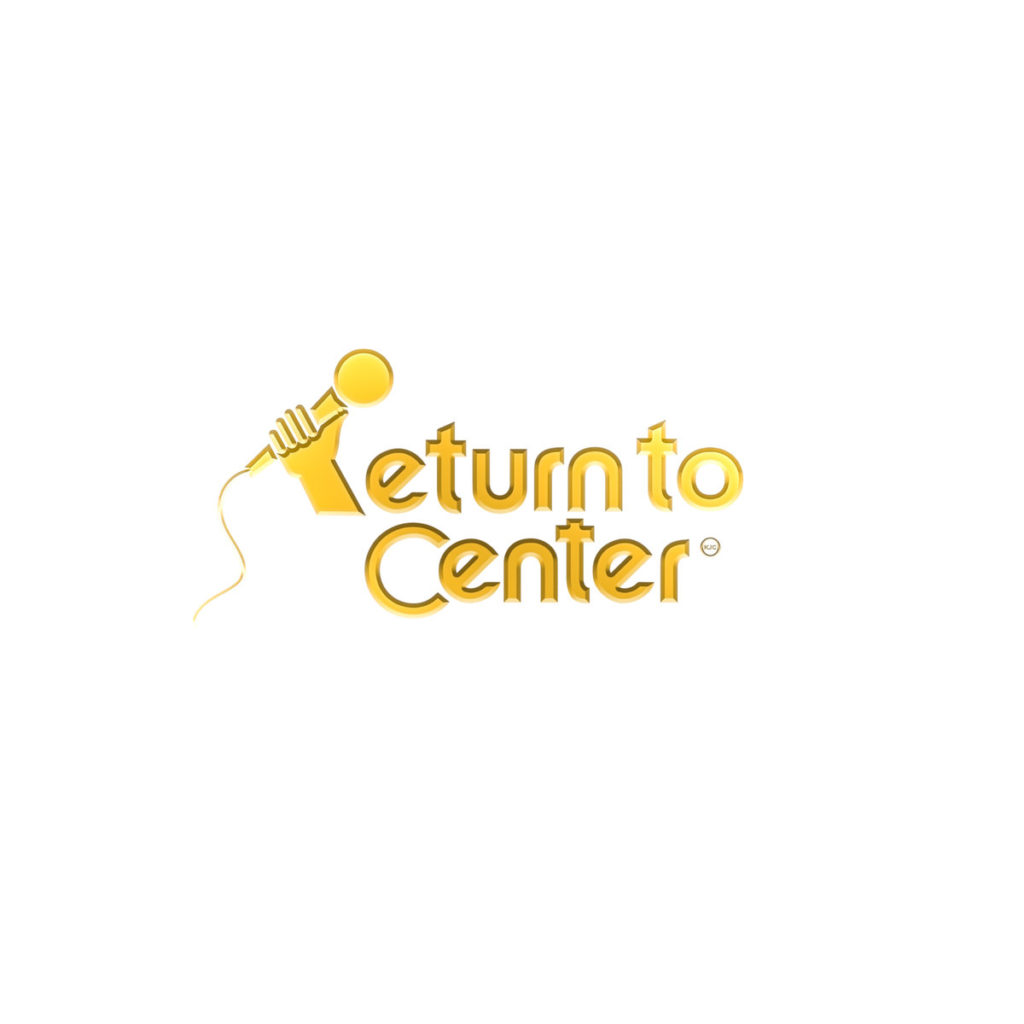