Sydney’s THE KIDS are one of the fastest rising Punk acts on the scene and after a breakout year they are ending it with on a different note, by delivering a Christmas Tune ‘’My Shitty Xmas’’ but it’s a Christmas Tune with a twist.

“My Shitty Xmas is the harsh truth of what Christmas is all about, for poor kids and even the rich kids. That sense of magic within the day will always seem to disappoint as you grow older.  But that feeling of being a child who always looks forward to the day, as every child in the world loves Christmas, seems to never die out but the expectations grow lower. But other than that, this song is a piss-take, a crappy but well-constructed punk song with a catchy hook which is unfortunately very Christmassy. It has lyrics about the stereotypical situations of living in the slums and celebrating the day. If it’s either financial problems, an alcoholic mother, or an abusive father. Whether the lyrics are comical or not, there are aspects of the song that everyone can relate too. Even if it’s just being a spoilt little bitch not getting your BMX on Christmas” – Jagger Alexander-Erber (The Kids)

With each member under the age of 17, THE KIDS are exactly that, kids. But don’t let their age fool you, because this young punk band with attitude can rock and play hard and aggressive, leading the charge for Aussie punk bands across the globe with authentic original punk songs. Channelling their teenage angst into their music, The Kids’ rage-fueled rock embraces the punk and grunge greats of the past, with their inspirations ranging from Nirvana, Dead Kennedys and Bad Brains, to Generation X, Black Flag and the Sex Pistols. Reinventing punk rock for a new generation, they maintain the rebellious streak the genre is known for while modernising it through their youth.

Get it on iTunes: HERE 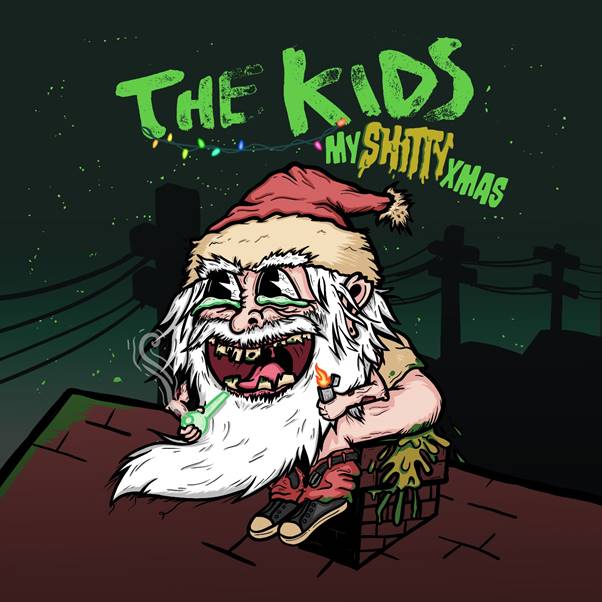