Having recently signed to Golden Robot Records part of the Golden Robot Global Entertainment Group, the legendary L.A. Guns have released their new single ‘Crawl’ off their upcoming album RENEGADES. ‘Crawl’ is now available on all digital platforms. 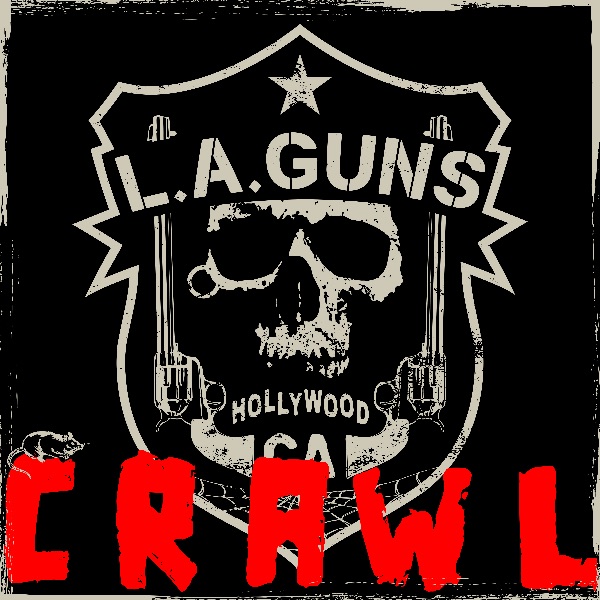 If there was a band synonymous with the infamous Sunset Strip it is L.A. GUNS. Born into a scene that will never be replicated, L.A. GUNS rode alongside Motley Crue, Guns n’ Roses, Ratt, Poison, Quiet Riot and co. in one of the biggest movements in Music history. L.A. GUNS are without a doubt Hollywood Rock Royalty.

The band was formed in 1986 and signed with Polygram Records in 1987, recording their first album that summer. This first album, titled L.A. Guns, went on to sell over 1,000,000 copies giving the band its first platinum award. Tours with AC/DC, Iron Maidenand Def Leppard followed. A compilation of the videos made from this first album also earned the band a gold video award. L.A. Guns went into the studio to record their second album, Cocked and Loaded, in the spring of 1989. It was a hit right away with the release of “Rip and Tear” as the first single and video. “Never Enough” and “The Ballad of Jayne” followed, pushing the album toward platinum status once again. The video compilation from this album earned the band its second gold video award. A successful world tour followed. The band’s third album, Hollywood Vampires, was recorded in the fall of 1990. With the release of “Kiss My Love Goodbye” as the first single and video, and another successful world tour, the album gave L.A. GUNS its third platinum album in a row.

Vicious Circle was released in early 1995 and was followed by another successful world tour. In 1999, L.A. Guns went into the studio to record a greatest hits package titled Black Beauties that also included five new songs written for the album. In 2001, the band released its sixth studio album, Man in the Moon and in 2002 their 7th Album Waking The Dead followed.

After a 2003 world tour to support Waking the Dead, L.A. GUNS recorded Rips The Covers Off with producer Andy Johns. This was a collection of 70’s rock songs. L.A. GUNS began work on TALES FROM THE STRIP and it was released in August 2005. It received some stellar reviews and critical acclaim. A live CD, Loud and Dangerous, was released late August 2006 with the band again supporting it with a world tour.

In November 2011 the band signed their latest record deal with Cleopatra Records, releasing their tenth studio album Hollywood Forever in June 2012. The album was produced once again by veteran music producer, Andy Johns. The new record debuted at #25 on the Billboard Rock charts with the title track “Hollywood Forever”, and it was considered one of the best Hard Rock albums of 2012 by fans and critics alike, proving once again that L.A. GUNS were on top of their game with tracks like “You Better Not Love Me” and “Sweet Mystery”.

Now after some down time, the band is back and firing with the return of Kelly Nickels on bass, Steve Riley on drums, Scotty Griffin on lead guitar and Kurt Frohlich on lead vocals and guitar.

With more than 30 years’ worth of noteworthy material, the band have proved to be true warriors of the 80’s genre and are geared to tear it up across the world giving audiences the high-octane Rock-n-Roll that is L.A. GUNS.