With two exceptional albums to promote since their last visit, Eluveitie frontman Chrigel Glanzmann has a special treat in store for Australian audiences when the band tours in May.

Fans will have an opportunity to hear cuts from the new studio album Ategnatos, which is set for release early April 2019, and the critically revered Evocation II: Pantheon from 2017.

Glanzmann said that Eluveitie will perform a two-hour set as they haven’t been to Australia in over four years.

“We definitely are looking forward, a lot, to come back. Definitely, we can’t wait… There’s a lot to catch up,” said Glanzmann.

“That’s why we will be playing a two-hour set because we haven’t been in Australia since, I think it’s (been) more than four years”.

Eluveitie’s line up features a pan-European cast of musicians, however Switzerland is their base given it is band leader Glanzmann’s home country.

The bands nine members play instruments as diverse as the modern electric guitar, the hurdy-gurdy, bagpipes, violin and a modern appropriate-for-heavy metal drum kit, thats a lot to take down under and Glanzmann said that economy is essential.

“I have to say that, we’ve never been a band (that has much) state props or something… we’ve always been more sort of, how do you say, naked kind of, you know, like we just go on stage and it’s basically about the music,” Said Glanzmann.

“There’s nine people on stage already, so there’s probably not even space for much stage products anyway… we will do whatever we can, and the tour manager is already working on it too, to get as much (on stage) as possible”.

Catch Eluveitie live on their May Australian tour. 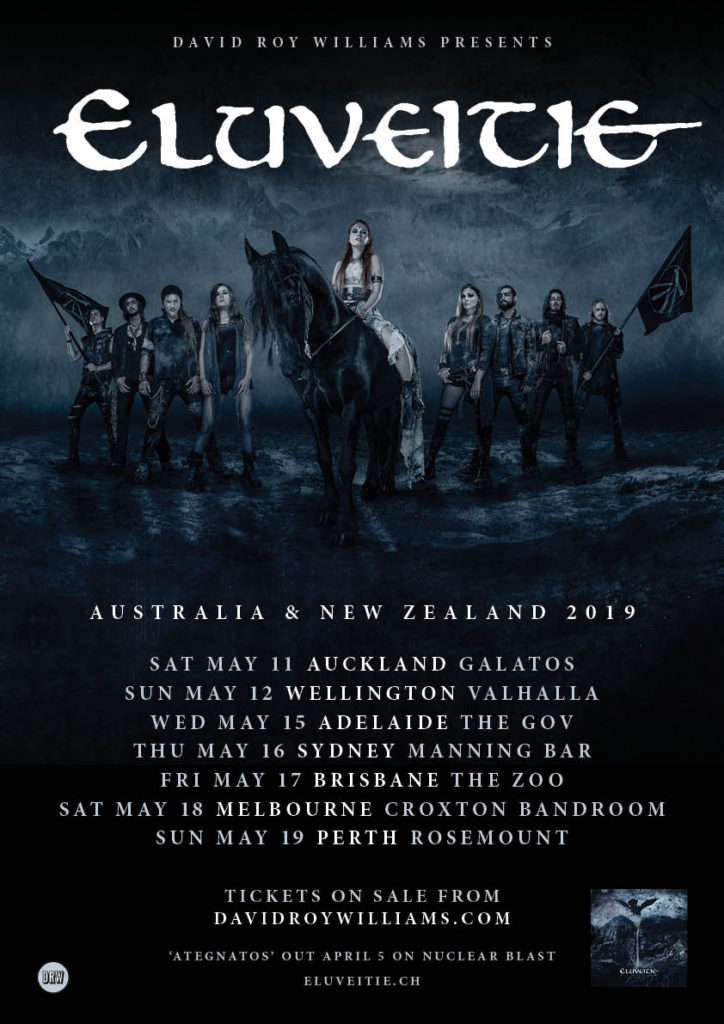 With UK icons Happy Mondays touring Australia in February of 2019, the bands inimitable dancer and …