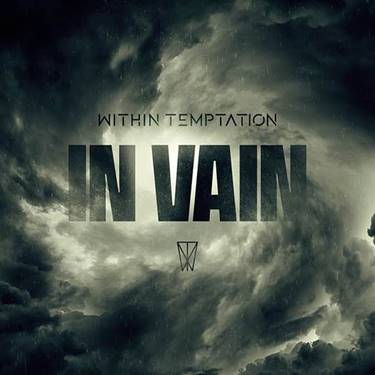 WITHIN TEMPTATION is back and stronger than ever. Today the Dutch metal band have released the third single ‘In Vain’ from their upcoming record RESIST, out on February 1st 2019. By expanding their musical horizon, the band has given their writing process a creative boost and ‘In Vain’ is the perfect example for this. It’s a straight forward and emotionally driven rock track that perfectly follows up on previous singles Raise Your Banner (feat. Anders Fridén from In Flames) and The Reckoning (feat. Jacoby Shaddix from Papa Roach). The latter has climbed the international charts and is still amongst the top tracks on German radio.

To promote the forthcoming album including the brand-new track In Vain, the band have been touring Europe the past few months extensively, resulting in more than 125.000 sold tickets: a unique achievement for a Dutch band abroad. The band will embark on a US tour in February and March and will appear on various huge festivals in Europe such as Hellfest (FR), Graspop (BE), Wacken Open Air (GER) and Masters of Rock (CZ).

With Sold Out shows on their last Australian & New Zealand Tour, SLF return in …