‘RIOT’ ISN’T JUST THE NAME OF THEIR RECORD LABEL!

For rising Sydney band, The Kids, the warm-up show for their month-long national tour in support of new single ‘I Thought My Family Was Rich’ took an unexpected turn, as several drunken patrons stormed the stage mid-set. 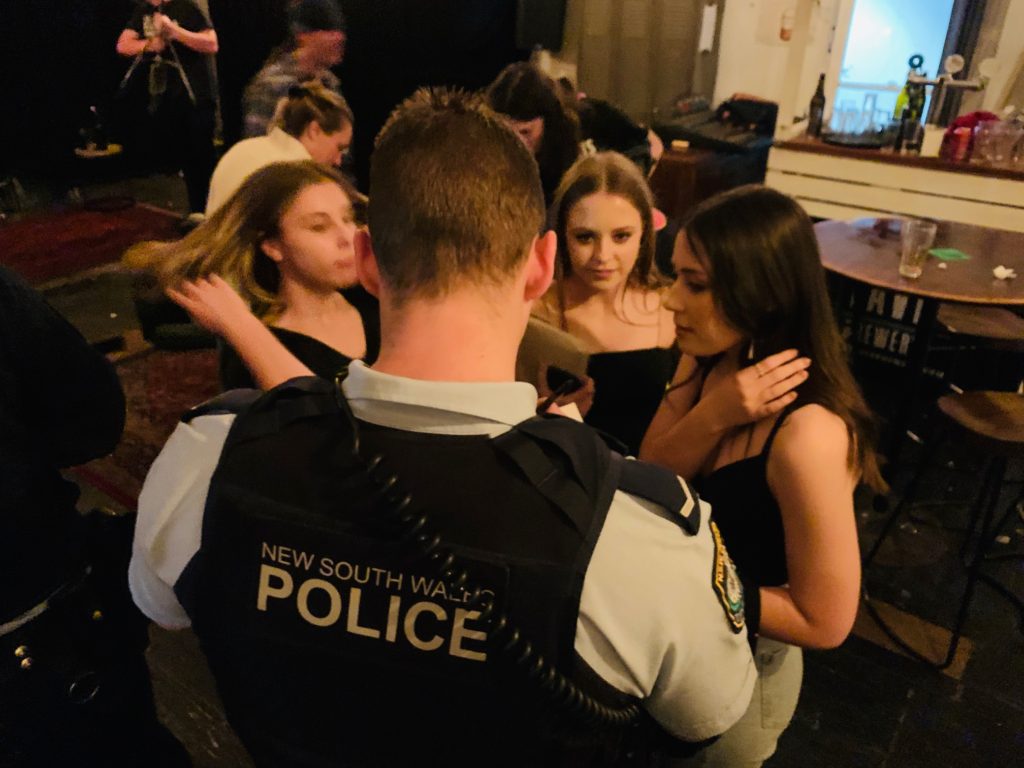 The event, which came close to being Sydney’s first rock’n’roll riot in many years, eventually proved to be a triumph of people power, as the other musicians, the parents of the The Kids and onlooking punters forcibly ejected the aggressors from the small and sweaty venue

“Punk is definitely not dead… but sometimes it acts like an asshole.”
– Fat Rat Promotions

As The Kids finished only their forth song in a 45 minute set, one of the members from the first support band, rushed The Kids lead singer, demanding to know why The Kids’ set was longer than theirs. What followed was verbal abuse towards the entire band of under-18-year-olds. Eye-witnesses also noted that the patrons inciting violence were yelling remarks of a far-right nature.

The following 10 minutes consisted of pushing, shoving, smashing of glasses, breaking of chairs and throwing of equipment, as several of these drunken aggressive patrons, tried to fight the members of The Kids who despite their young age had no intention of putting up with this type of abuse and pushed back. 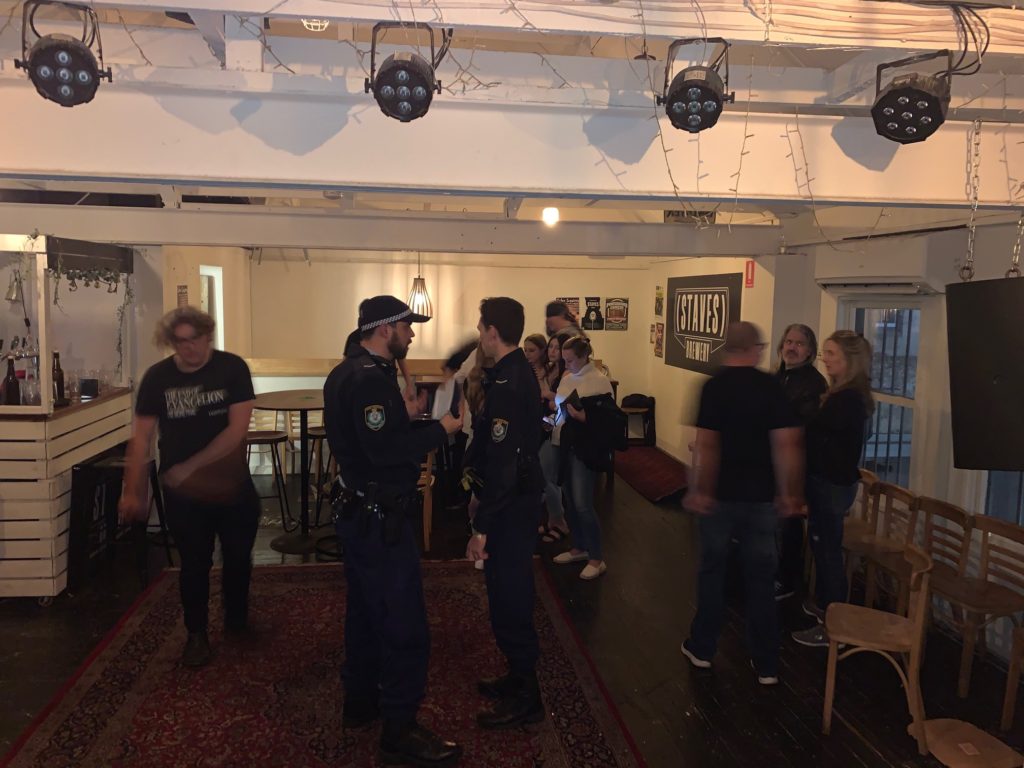 As there was no security at the venue, matters had to be taken the hands of those trying to enjoy a Sunday punk gig. The fathers, patrons and band members all forced a group of four main aggressors to the exit stairs and pushed them out of the venue. Within 7 minutes, Glebe Police had sent 6 squad cars, approx. 10 officers and members of the Riot squad to bring peace to the quiet neighbourhood.

Unfortunately, The Kids never got to finish their set but have said they are unperturbed and looking forward to playing in Adelaide this weekend for the start of the tour.

“This kind of Neolithic behaviour won’t be tolerated and as we proved tonight, people-power won over bad behaviour that incites violence and has the potential to shut down another of Sydney’s live music venues.”

– A parent of one of the band members

“Punk is about community, yes a little bit of anarchy and a lot of tongue in cheek humour..

“But first and foremost it’s about community.

“I would like to thank everyone, including the venues management and staff, that helped control the situation.

– An excerpt from Fat Rat Promotions’ Statement via Facebook

Sydney-based punk act THE KIDS have released a brand-new video for their recently released single ‘’I Thought My Family Was Rich’’ on Riot Records which is part of the Golden Robot Global Entertainment Group. The track features on their recently released double A-Side, along with a powerhouse cover of Rage Against the Machine’s Killing in the Name.

With each member under the age of 17, THE KIDS are exactly that, kids. But don’t let their age fool you, because this young punk band with attitude can rock and play hard and aggressive, leading the charge for Aussie punk bands across the globe with authentic original punk songs. Channelling their teenage angst into their music, The Kids’ rage fuelled rock embraces the punk and grunge greats of the past, with their inspirations ranging from Nirvana, Dead Kennedys and Bad Brains, to Generation X, Black Flag and the Sex Pistols.

Reinventing punk rock for a new generation, they maintain the rebellious streak the genre is known for, while modernising it through their youth. Led by prodigy drummer Jagger Alexander-Erber who is already playing with other bands including MOON also on GRR, the band has rocked shows across the world, supporting both national and international acts ranging from Skidrow, LA Guns, Living Colour and Rose Tattoo to name but a few gaining rave reviews from stages at LA’s famous Whisky-a-go-go to The Cherry Bar in Melbourne and everything in between. At only 16 Jagger has had a life full of experiences. Look forward to a debut album in 2020