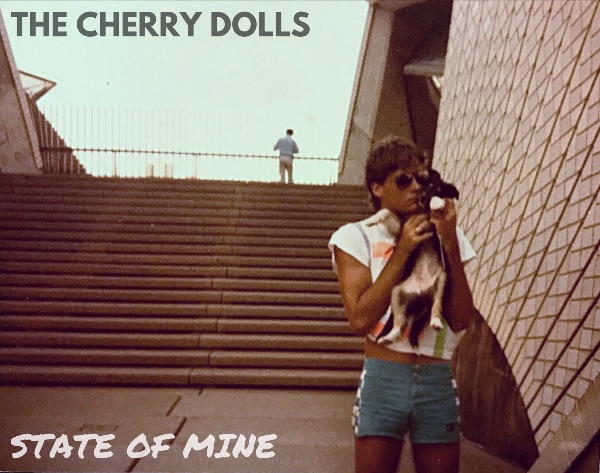 To celebrate their signing to Bread & Butter Records (Part Of The Golden Robot Records Entertainment Group), Melbourne’s THE CHERRY DOLLS have today released a brand new single ‘State Of Mine’.

Establishing themselves as a major live drawcard in their hometown of Melbourne, THE CHERRY DOLLS are also making waves nationally with an ever-increasing fanbase. Built from the ground up with the bands relentless dedication to touring and their DIY or DIE attitude, they’ve packed out sweat-soaked venues all over the country with audiences taking cues from a lyrical maelstrom of star-crossed lovers, broken hearts and hitting the bottle until dawn. With an album and two critically acclaimed EPs under their belt the time is right to unleash new material.

Doused in malevolent riffs reminiscent of The Stooges, the cocksure self-assuredness of The Strokes and the swagger of The Rolling Stones, the band have been hitting stages strutting their stuff with everyone from The Delta Riggs, British India and Spiderbait, to DZ Deathrays and Harts. With three years of unrelenting gigging and recording under their belts — alongside support from Triple J, commercial and community radio — THE CHERRY DOLLS have given more than fair warning of their promise as one of Australia’s most electrifying bands.

‘State of Mine’ is a sort of a love letter to yourself. It’s encouraging yourself that you are worth it. To remembering back to the times where you felt invincible and somewhere along the way you thought that you lost it, but you never did and it’s back.

‘State Of Mine‘ is available on Spotify HERE

The Cherry Dolls 2017 album, ‘Viva Los Dolls‘, earnt them not only national acclaim but also notice from international media players, including:

Review on ‘Drop This’ UK

HORSEHEAD are Australian Rock Royalty. Pure and simple. Spawned as Grunge was kicking into overdrive HORSEHEAD rose to …