DEVILSKIN are a phenomenon in their native New Zealand, their Platinum selling debut album WE RISE entered the NZ national album charts at Number 1 and stayed in the top 40 for over 54 weeks! The band exploded onto the NZ rock scene with the infectious Little Pills and Never See The Light singles and was followed by the Number 1 airplay song Start A Revolution.

WE RISE was released on July 11, 2014 and went straight to the top of the charts remaining as the #1 Album and #1 Kiwi Artist Album for 3 weeks and achieving Gold sales after only 2 weeks. The album was certified PLATINUM in February 2015. In November 2014 the band released Live At The Powerstation DVD/CD.

In 2017 DEVILSKIN hit Australian shores in support of Halestorm (who supported DEVILSKIN in NZ) and now the band are coming back to hit the arena stages of Australia in support of Slash Ft. Myles Kennedy and The Conspirators 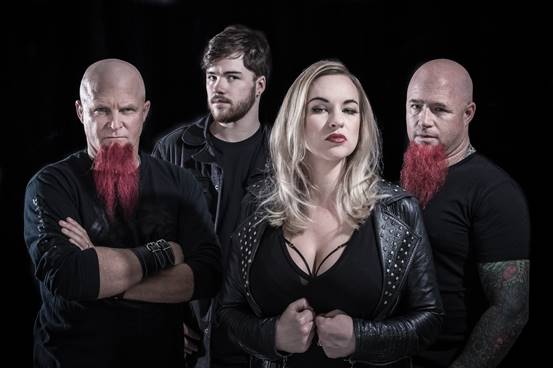 DEVILSKIN replicated their debut album success by debuting their second studio album BE LIKE THE RIVER at Number 1 on the New Zealand Album charts. BLTR has subsequently achieved GOLD sales certification and they celebrated by supporting American rock legends, DISTURBEDand playing in front of an 11,000 sold out crowd at Auckland’s Vector Arena. The band has also actively toured the UK, Europe and the U.S. highlighted by an appearance at Download UK in 2017.

In October 2018 DEVILSKIN supported Halestorm on 18 SOLD OUT gigs across Europe, 11 Countries, 18 cities, 18 sold out dates, driving a total of 14,000 miles! They then headlined their own UK tour 10 dates through the UK in November.

DEVILSKIN have earned a formidable reputation by earnestly demonstrating commitment to unpretentious musical values, writing songs that have depth and passion, and a relentless touring schedule. Their tactical instrumental attack is balanced by the seductive Jennie Skulander and her incredible voice that sweeps from whisper to roar, rips with power, drips with melody and captivates with sincerity.

The four-piece DEVILSKIN hail from Hamilton, New Zealand and comprise of the mesmerizing Jennie Skulander on vocals, the red bearded ‘evil twins’ Nail and Paul Martin on guitars and Nic Martin on Drums.

DEVILSKIN’s recently released a new song ENDO, which is a powerfully crafted and visceral masterpiece. Not only does it showcase vocalist Jennie Skulander’s incredible power, range and emotional depth but the lyrics are an honest and brutal narrative of her personal struggle with stage 4 endometriosis. 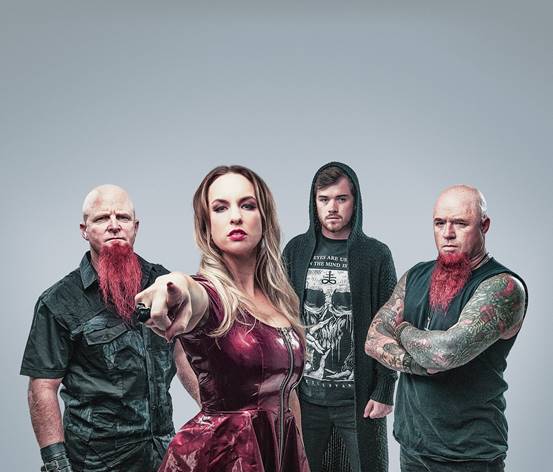 A poignant glimpse into the pain and distress that millions of women live with on a daily basis all over the world, the song ENDO is Jennie’s cathartic exorcism of her own personal demons. “Endo is based on my surgery for Stage 4 Endometriosis, something I was unaware I had. The lyric “Break the mass up” is about having an 11 cm cyst (Endometrioma) on my ovary removed. This disease affects so many women worldwide, I really think it’s time we talked openly about it.”

For More on DEVILSKIN