NEWS: Misfits’ MICHALE GRAVES to perform in Sydney and Melbourne 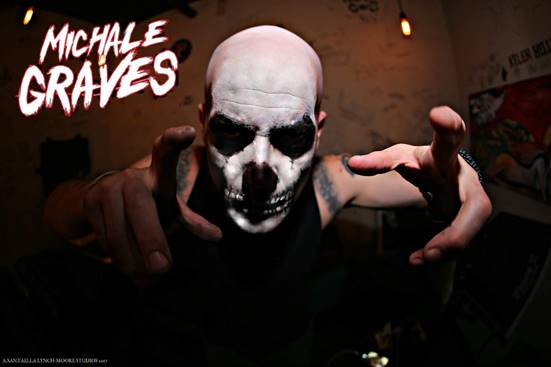 Things will get a whole lot darker and more sinister in December as Sydney and Melbourne play host to MICHALE GRAVES for two nights of pure Horror Madness and a set list Heavy with MISFITS tunes.

And now the support acts have been locked down to add to the insanity.

Melbourne will see COFFIN CAROUSEL & THE BLACKTIDES join the party! Whilst Sydney will be bombarded with a quartet of support acts in: BARE BONES, BAD PONY, DEATH BY CARROT and THE DESERT SEA

MG entered the music scene as lead singer of THE MISFITS and was on a number of their hit albums ‘American Psycho’ and ‘Famous Monsters’. He also wrote the hits Scream, American Psycho, Saturday Night, Shining, Witch Hunt etc! After leaving the band, he embarked on a successful solo career. He has also appeared in many acclaimed film projects including Bruiser, Campfire Stories and notably starring in Perkin 14.

MG has released a series of solo albums including ‘Vagabond’, ‘Lost Skeleton Returns’, ‘Vagabond Acoustic’, ‘Supernatural’, ‘Wanderer’, ‘Zombies Unite’, ‘Wanderer Acoustic”, ’Drifter, ‘Revenge of the Zombies’ and he has just released a new monster rock album titled ‘When Worlds Collide’. Graves has also acted in several short films produced by Hydraulic Entertainment including Zombie, Half Human, Wanderer, Zombies and Ripper as well as producing a spoken word anthology Nightmares. Always evolving as an artist, Michale has performed within several genres as fans followed his instantly recognisable voice across five continents.

While entertainment is at the heart of who he is as a performer, Graves is also a social and pop-culture media thought leader who has hosted as well as appeared on numerous broadcast properties including The Andrew Wilkow Show, The Flow with Kurt Wallace, The Sean Hannity Show, Adam Vs The Man, The Howard Stern Show, Truth Frequency Radio, Where Monsters Dwell, The Guardian, The New York Times and Rolling Stone Magazine. 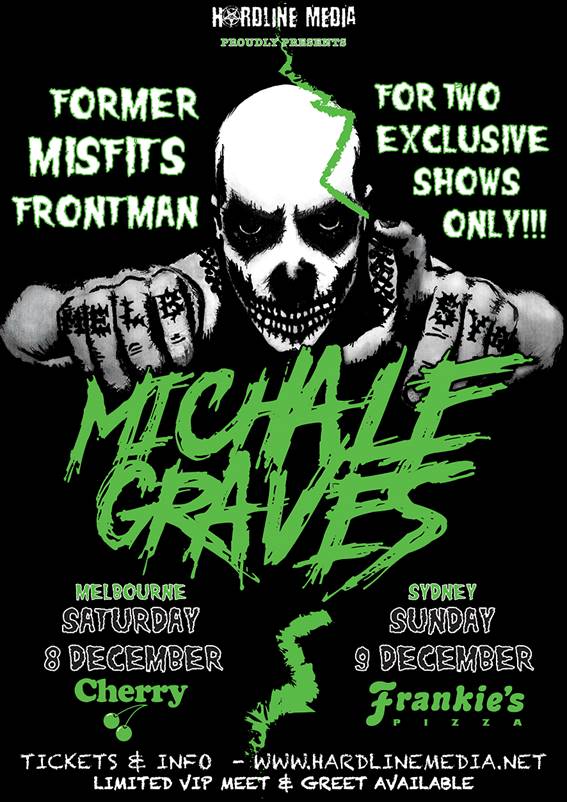