NEWS: FROM THE JAM Announce Australian And NZ September 2019 Tour 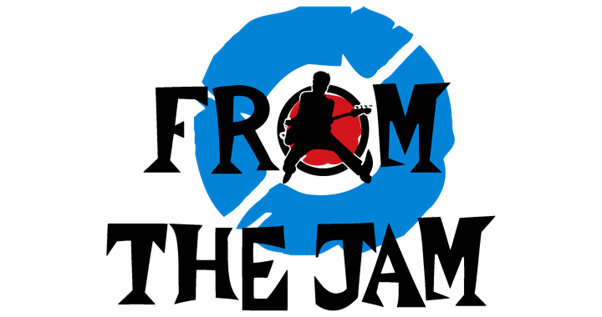 FROM THE JAM finally make their return to Australia in September to play all The Jam’s Greatest Hits.

FROM THE JAM features Bruce Foxton from the original line-up of The Jam. The words legend and icon are sometimes used too frequently these days, but not when being used to describe Bruce Foxton. Recently voted by NME readers as the 7th Most Influential Bass Player, shows the high regard he is held in.  On vocals is Russell Hastings who understands The Jam’s history and admirably fills Paul Weller’s shoes. “Russell Hastings is a good choice for vocals. Slightly Weller, but not tribute band Weller. He knew the songs. He respected the songs. But he wasn’t copying the songs, he was playing them”

Since their inception in 2007 From The Jam have played over 1,000 live shows and gained a reputation for capturing the energy and excitement of live performances that sealed the reputation of The Jam all those years ago and are “as close to The Jam as you will get”.

“They roar into the final brace of ‘Town Called Malice’ and ‘The Eton Rifles’, to transport a responsive crowd back to the days of their youth”

“the band left the stage to rapturous applause”

FROM THE JAM bring back some great memories and always deliver a cracking night out with a great atmosphere. All your favourite Jam tunes are included in the set – Down In The Tube Station At Midnight, Going Underground, Town Called Malice, In the City, Start!, David Watts, Funeral Pyre, That’s Entertainment, Eton Rifles and loads more.

“From The Jam, best night out I have had in years all The Jam hits and more done to perfection what’s not to love!?”  – Alan McGee, Creation Records & Management

“The great songs just keep on coming, and they are executed brilliantly… It’s extremely unlikely that the world will ever see The Jam play again. But, as long as we have From The Jam, the true believers will be happy enough” – The Clothesline

FROM THE JAM September 2019 Austalian and NZ Tour Dates 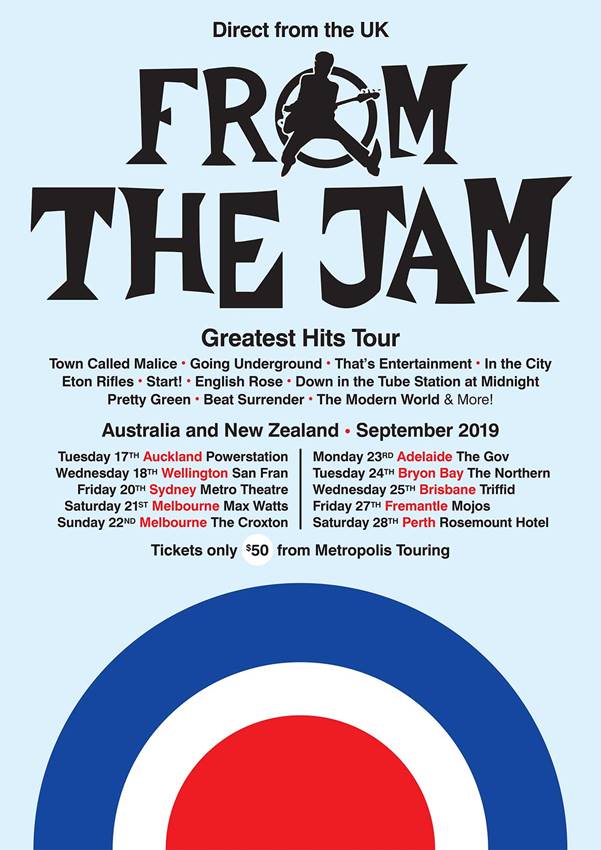