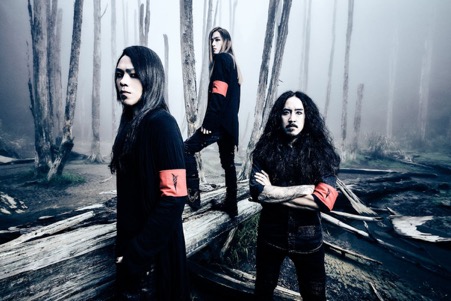 Diesear have released another new music video for the track “Endless Dolour” today off their new LP coming out next month. Directed by Cheng Chung Kai, this is the second music video we’ve seen from the Taiwanese Death Metal band. “Endless dolour, inspired by the suicide, depicts the torment of souls,” says the band. “Alive or dead, pain and grief would continue on like reincarnation, with no real end.”

Diesear will release BloodRed Inferno on April 12, 2019. BloodRed Inferno will be the band’s third full length and the follow up to Ashes of the Dawn which was released in 2013. “After years of incubation, we are back,” says the band. “And with even more destructive and ruthless melody that you all yearn for. Deepest gratitude to eOne, who spot our glare and make this wild ride possible.”

As Noisey wrote in a 2017 “scene report,” “In Taiwan, choosing a life in the underground punk and metal scene means going against everything the dominant culture holds dear.” The birth rate is one of the lowest in the world. Military service is compulsory and nonconformity is discouraged. Despite these sociopolitical and cultural obstacles and the small number of cities where decent sized shows are even possible, let alone probable, DIESEAR prevails.

On this new LP, DIESEAR cements themselves as East Asia’s most important and altogether thrilling melodic death metal outfit. A conceptually driven record drawn from the themes and revelations of the first part of Dante Alighieri’s 14-century epic poem, The Divine Comedy, BloodRed Inferno tells an allegorical tale of human sin, against a backdrop of technical heaviness.

In recent years, American metal luminaries like Lamb Of God’s Randy Blythe and Black Dahlia Murder’s Trevor Strnad have embraced the Taipei scene. DIESEAR has been a pioneering trailblazer in Taiwan for over a decade.

DIESEAR formed in 2007 and issued their first EP, Sear, the following year. 2009 saw the arrival of their debut full-length album,The Inner Sear. There was a four-year gap between the first album and their sophomore set, Ashes of the Dawn, which elevated the group to even greater prominence. DIESEAR toured Asia with Children Of Bodom and appeared at Helsinki, Finland’s prestigious Tuska Open Air Metal Festival in 2014, alongside heavy music titans Emperor, Anthrax, Dimmu Borgir, Satyricon, Neurosis, and Carcass.

The New York Times described Taiwan as “a land renowned for its singalong pop songs and bubble milk tea,” where metalheads are “black sheep.” The Noisey article observed there “really isn’t much of a market” for outsider art. “[B]eing anything regarded remotely outré doesn’t pay well if it pays at all.”

Nevertheless, DIESEAR persisted, and with BloodRed Inferno, the rewards are sure to grow. DIESEAR makes music that transcends politics, and borders. The quartet’s ambition is nothing less than greatness, as they smash barriers and cross any divide. The difficult challenges they’ve faced to ensure their music is heard have only contributed to its beauty. The struggle is evident within the songs. DIESEAR represents the strength of determination. 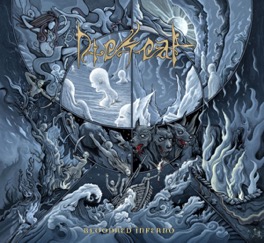 ABBARAMA are Sweden’s super-stylish pop sensation touring the world with the Ultimate Celebration of ABBA. …