For the first time in Australia and for a very rare run of shows, DARK ANGEL has reformed and hit Australian shores for a very limited number of appearances. 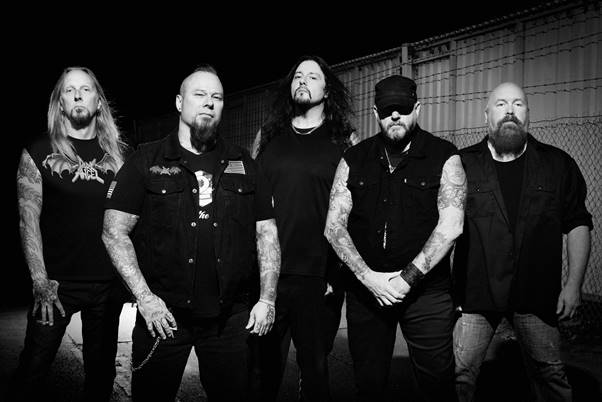 DARK ANGEL formed in 1983 in Downey, California, right around the time when the Bay Area thrash movement was beginning to take place. They played in local bars and clubs, acquiring a cult following in the metal underground. The band began recording and releasing several demos until late 1984, when they released their debut studio album ‘We Have Arrived’.

In 1986, DARK ANGEL released their second studio album, ‘Darkness Descends’, which is widely considered to be their seminal release. Around the same time, several other thrash metal bands such as Metallica also released seminal albums and started to gain more popularity.

Following the release, three more efforts would follow: ‘Leave Scars’ in 1989, a live album, ‘Live Scars’ in 1990, a pun of their previous album, and what would eventually become the band’s final album, ‘Time Does Not Heal’, in 1991. Time Does Not Heal shows increasingly progressive song structures (famously advertising its “246 riffs”) and Hoglan’s lyrics dealing with psychological issues and trauma.

In 1992, despite working on a fifth album, DARK ANGEL announced they were breaking up to pursue individual careers. However, 27 years later, Hardline Media are stoked to be welcoming the reformed band to Australia.

DON’T HESITATE – THIS IS YOUR CHANCE TO SEE DARK ANGEL, DOWN UNDER! 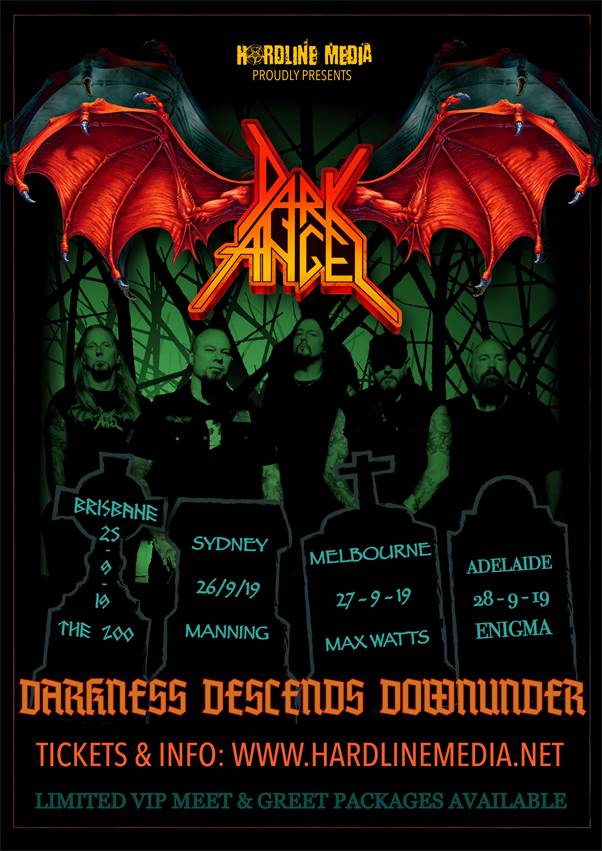 THE rock ‘n’ roll road to stardom is a dangerous road indeed, littered with unsuccessful …