Recently, Powerhouse female retro classic rock and psychedelic soul-tinged BLUES PILLSannounced their third studio album, Holy Moly! to be released on June 19th, 2020 via Nuclear Blast and today, they release a new video for the second single, ‘Low Road’ from that album.

Get the single digitally here: https://nblast.de/BluesPills-LowRoad 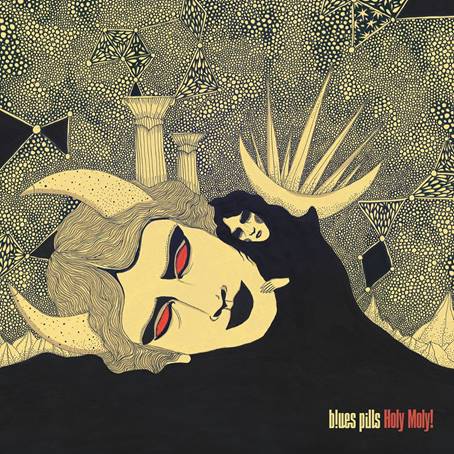 The band comment: “We wrote ‘Low Road’ about being your own worst enemy. About running from your own demons only to realise that you can’t, because the problem is inside of yourself. ‘Low Road’ is maybe one of the heaviest songs we’ve ever written, filled with the brutalness of the human mind, that can be both vicious and lost. Everybody has probably found themselves fumbling in the dark at some point in life. And with ‘Low Road’ there is no way out. We love playing this song live, because it’s just raw, balls to the wall rock power.  Hopefully this can be a relief for a moment in this wicked world.

With the video for ‘Low Road’ we just wanted to express ourselves live and adding some humuor to this raw tune putting ourselves in a twisted surreal TV-show. And in some way it’s an honour to some of our heroes from the 60s-70s era of rock’n’roll it’s where we got the inspiration from. THE BEATLES, JEFFERSON AIRPLANE, THE DOORS, MC5, THE ROLLING STONES to mention a few. The ones who did something to break down the barriers. Imagine, to be the ones taking the first steps opening up the world to heavier rock music. We love them for that.”

Watch the video for the first single, ‘Proud Woman’, here:https://youtu.be/HekZW4Pbg_I

Get the single digitally here: https://nblast.de/BP-ProudWoman

If you were blazed by the heaviness of their first self-titled album and tripped to the psychedelic soul of Lady In Gold (#1 Germany) you won’t be immune to the effects of this third dose of the pills.

Holy Moly! was written, produced and recorded in BLUES PILLS’ own analogue studio which they built in the beautiful countryside of Närke, Sweden. In the old factory building, where the studio is located Zack, Elin and André spent almost a year recording and writing songs.

The album is recorded by BLUES PILLS guitarist Zack, although with some helping hands along the way from THE HIVES members Nicolaus Arson and Johan Gustafsson, as well as Martin Jacobsson from Rovljud Sound. Holy Moly! is self- produced by BLUES PILLSand mixed by the Grammy award winning Andrew Scheps (RED HOT CHILI PEPPERS,IGGY POP, ADELE, BLACK SABBATH, RIVAL SONS, HOZIER). The album illustration ‘’Beast” is by the artist Daria Hlazatova. 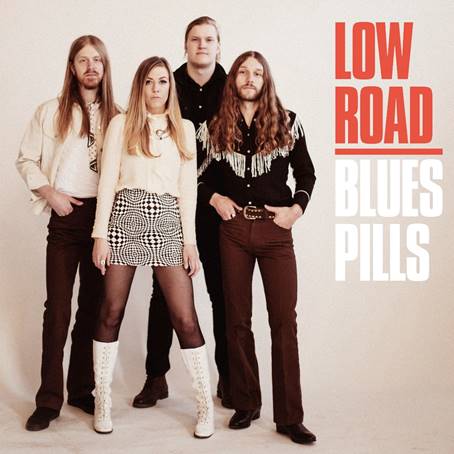