ANBERLIN will be returning to Australia this May for their first headline tour in over five years this May. For these special shows ANBERLIN will be performing songs from their classic albums ‘Never Take Friendship Personal’ and ‘Cities’, as well as career spanning fan favourites from their stellar discography. 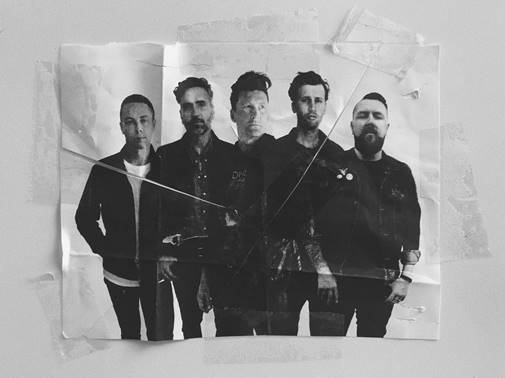 To add to the excitement Australia’s finest rock bands have just been added in each city.

Joining ANBERLIN  at The Tivoli, Brisbane will be YOUNG LIONS, Australia’s new favourite rock band. Having sold out shows across the country, YOUNG LIONS are positioned to enter Australia’s rock elite.

SYDNEY fans will see The Mission In Motion reunite to perform only their third show in Seven years, having been a favourite in the Sydney music community don’t miss this rare performance at The Enmore Theatre.

Antiskeptic are dusting off the cobwebs and returning for their first shows in a decade with their original lineup treating fans to their legendary live performance at the Forum, Melbourne.

Capulet return to the stage at HQ, Adelaide for their first show in six years. Having burst onto the Adelaide scene with their landmark debut release “We Won’t Let Go” don’t miss one of Adelaide’s favourite rock acts.

Elora Danan, went on to become one of Perth’s most admired and beloved acts with the release of two stunning records.  Get ready as the band return to Metropolis Fremantle this May.

Get your tickets now for what is sure to be one of the shows of 2019!

Australia holds a special place in the hearts of ANBERLIN and fans similarly embrace the band with open arms.  This coming May 2019, the love affair continues with the band returning to play shows in Brisbane, Sydney, Melbourne, Adelaide and Perth for the first time since announcing their break up in 2014.

At these incredibly special shows, ANBERLIN will be performing songs from their classic albums ‘Never Take Friendship Personal’ and ‘Cities’, as well as career spanning fan favourites from their stellar discography.

Anberlin, but for contemporary music” – Medium

Their follow up album ‘Cities’ proved that there was no limit to what ANBERLIN could achieve. ‘Cities’, met with unending critical praise, showcased the band’s progression, with songs like ‘Godspeed’ and ‘The Unwinding Cable Car’ packing a dynamic, unbridled passion – a theme that runs throughout.

“..adrenaline-fueled endeavors of the heart” – BILLBOARD

”a majestic evening; a true celebration of Anberlin” – Tone Deaf

Saturday 25 May – The Tivoli, Brisbane

Sunday 26 May – Enmore Theatre, Sydney
With guest The Mission In Motion

Wednesday 29 May – The Forum, Melbourne

‘I Scare Myself’ is the latest single from Johnny Casino, out now through Golden Robot …

THE ORIGINAL WAILERS All the Hits Tour Three Little Birds, Is This Love, Could You …