28 albums into a career that started with the release of the Japan only album The Birthday Eve (’82), the band have built a strong following outside their homeland by consistently producing guitar-hero albums for the technically inclined.

Australia has long been a desired touring destination for the band and the bands vocalist Minoru Niihara said they were eager to represent the bands 80’s catalogue for fans at the shows.

“This is going to be the very first shows in Australia for us so we will definitely play many songs from our 80s albums, which made you may know well,” said Niihara.

“Also, we’re going to play some songs from our latest album and it’s going to great, we made a great set list.”

Niihara was pleased to hear that there were many fans of the band in Australia, he said he recalled a run of shows the band did with AC/DC in the United States in which they copped some flak from the crowd.

“We always wanted to play in Australia someday, I mean even though we opened for AC/DC in the states, they are from Australia, but we have never been there…we are so excited to be there to play for you,” said Niihara.

“But you know what? They were hardcore fans of AC/DC, they didn’t like open act.

“So, you know we had a little hard time, but we learned so many things from AC/DC, they are just legends.”

When asked to provide his thoughts for the reasons that heavy metal has always enjoyed popularity in Japan, Niihara said a deep appreciation of the hard rock from Europe might explain the matter.

“When I was a kid, when I was like a high school kid, we always listened to hard rock such as Scorpions, UFO, Deep Purple, Led Zeppelin, stuff like that,“ said Niihara.

“We grew up with those things, so the Japanese loved hard rock music a lot, especially from the Europe and England. “ 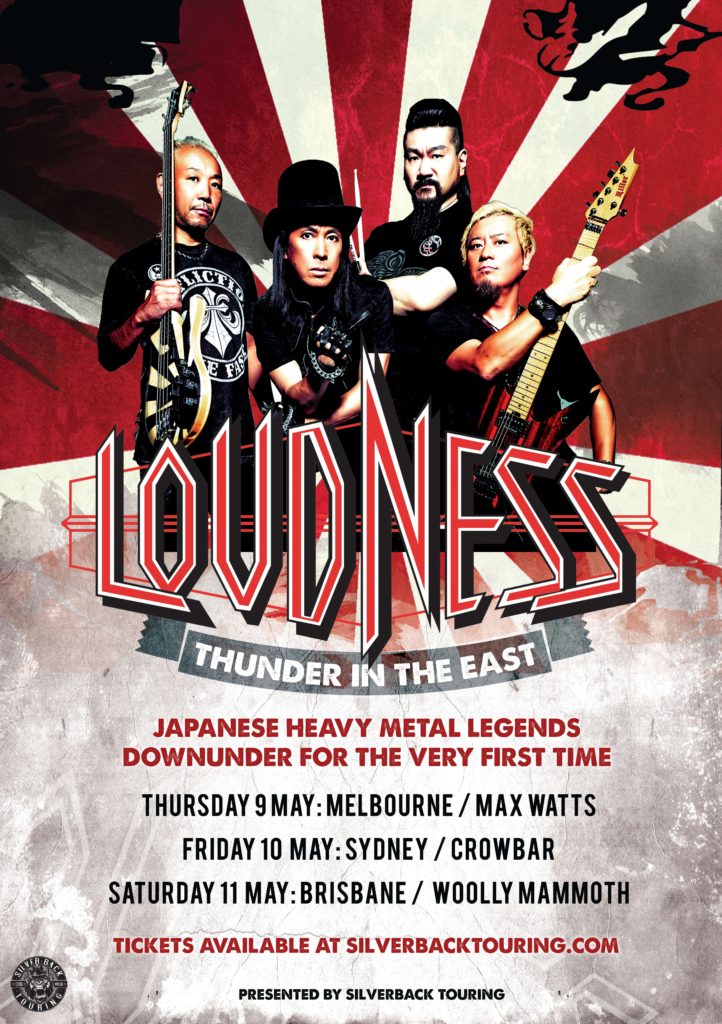 Henkka Blacksmith is the bassist from Finnish melodic death metal outfit Children of Bodom, he …