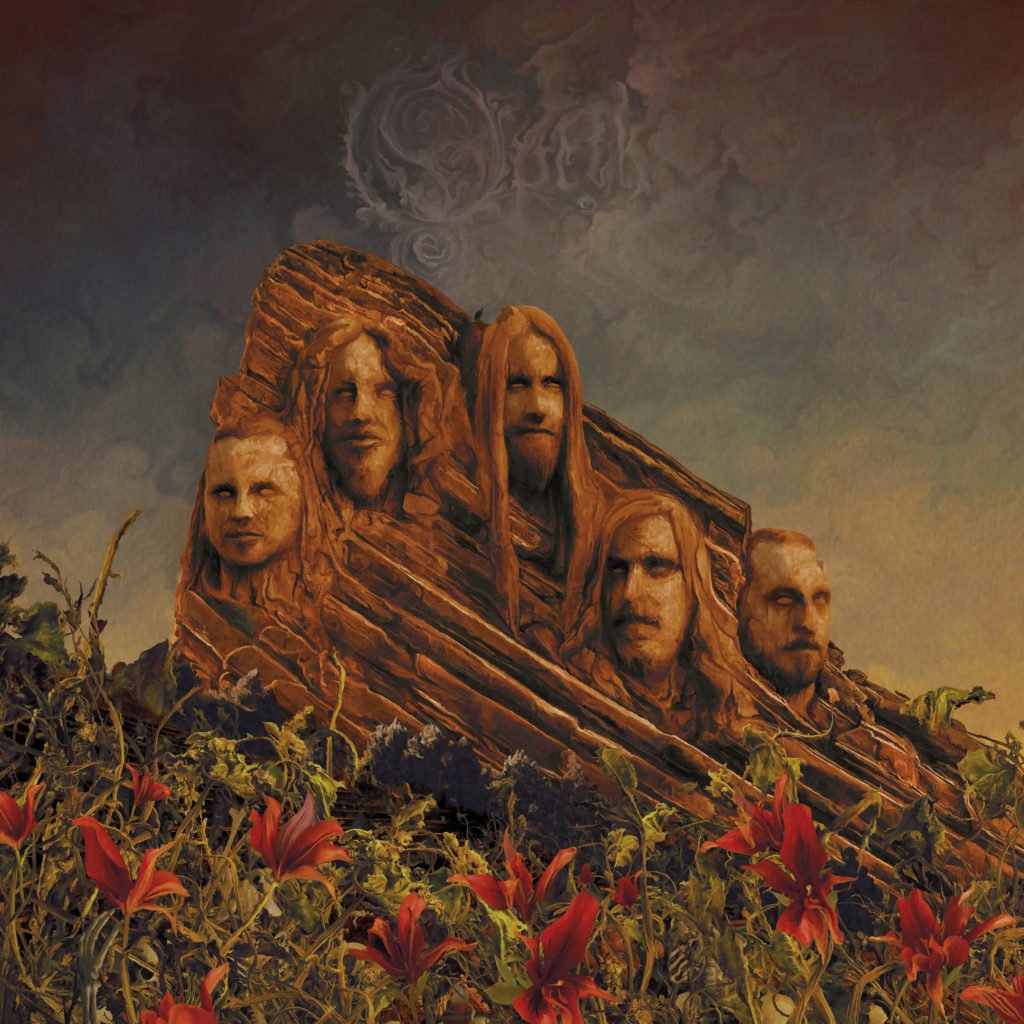 A quality of the live recording that will impress listeners is how cohesive it sounds. It’s actually sounds like a studio quality recording which prompted the opening question, is the album a genuinely live affair?

“We didn’t really do anything really, you know, apart from…  I had a guitar that was out of tune in the song “Ghost of Perdition”. In the beginning I hit the strings in one certain way and the guy tuning the guitar, the guitar tech hits it in different ways. It’s very delicate as it has this open tuning and it was out of tune. So, we figured well, might as well redo that short section. It wasn’t played badly, or it wasn’t a mistake. It just sounds too bad. We just redid it. I think that’s all right. But initially we wanted to keep it as real as it was at the gig.”

There must have been some serious challenges to recording and capturing a great sound at the cavernous venue?

“Well, the gig itself was actually quite challenging because it was zero degrees during the daytime. But I believe that this is a bit of a desert climate over were there so it gets really freezing during night. And uh, we figured, no, this is too cold. We’re not going to pull it off. It was, we were struggling, you know, playing the gig. After a few songs in, there was a storm blowing off in. Well when he watched the DVD, you can tell it’s quite windy. We had this big screen in the background showing off some footage and movies along with the performance and what’s our tour manager told us, that it took about four guys who had to hang onto it otherwise it would have blown away. But I think that creates an atmosphere to the actual DVD when you watch it, you can definitely tell a few songs within the city into the set that it’s quite windy.”

Often a mix is recorded at a show that is deemed essential for fans to listen to. Purely by accident the stars align and there it is, a near perfect show. Was this a gig that the band approached with the intention of recording and releasing in advance?

“Yeah, we knew about this, of course, about four months prior to the show our manager, Andy, brought up the idea and we looked up Red Rocks on the Internet and we thought, ‘Yeah, it’s right!’. This is a good opportunity because we had some questions about doing a DVD prior to this one, but we turned them down actually because we don’t want to really milk it, and it’s been three studio albums since the last one. We figured this is a good opportunity, doing it outdoors in a classic amphitheatre like Red Rocks, which is an epic place and it’s going to be different from the previous ones because they’re all recorded. Indoors. All of them are also recorded in the UK. This is good opportunity for the band, and the band is in good shape. We’ve done about 70 shows now in the Sorceress tour. We figured. ‘Yeah, let’s do it!’”

Fredrik ÅkessonGarden of the Titans: Live at Red Rocks AmphitheatreOpeth